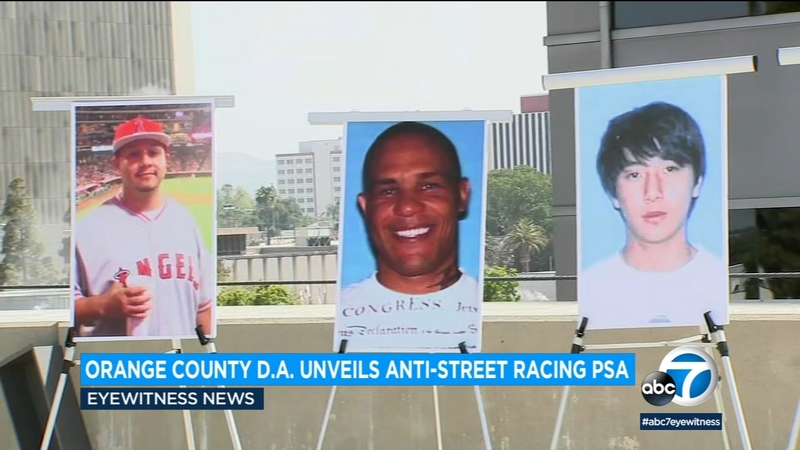 It features the brother of the late "Fast and Furious" actor Paul Walker and actor Sung Kang who also stars in the franchise.

"Let's be responsible. There's someone waiting for you at home," Cody Walker says in the advertisement.

The message hits especially close to home for Cody who lost his brother Paul in an accident nine years ago when he was killed after the Porsche he was riding in crashed into a power pole. His friend driving the car, Roger Rodas, was also killed.

"Like many of you, I too have lost somebody due to reckless driving," Cody said. "I think a lot of the time when those of us that want to go fast, or we have something to prove, we don't take into consideration the lives of those around us.

"It's not just you that you're putting in jeopardy, it's everybody else around you. So don't be dumb, take it to the track. There's somebody at home that loves you that's expecting you to return. It's not worth the risk I promise."

State officials are hoping to crackdown on illegal street racing, and reckless driving, with new legislation aimed at increasing penalties for those involved in these activities.

Street takeovers have exploded in popularity during the pandemic and officials and community members warn the thrills don't outweigh the dangers.

The PSA is being made available to every law enforcement agency in the United States in an effort to curb injuries and deaths related to street racing.