The protest comes at the heels of a handful of others throughout Southern California, including many in Orange County.
KABC
ORANGE, Calif. (KABC) -- Crowds gathered in Old Towne Orange on Monday afternoon to demand an end to California's stay-at-home order and the reopening of the region's economy.

About 100 people carrying signs and flags showed up at the Orange Circle around noon, according to the city's police department. Some were on foot and others protested from their cars.

Authorities say crowds at the "Reopen Orange County" protest dispersed peacefully and no arrests were made.

The protest comes at the heels of a handful of others throughout Southern California, including many in Orange County.

It also comes after thousands flocked Newport and Huntington beaches amid a heat wave over the weekend, which prompted Newport Beach city officials to consider shutting down beaches for the next few weekends.

The city council is expected to take up the issue on Tuesday. The council will consider closing the beaches on the first three Saturdays and Sundays of the month of May (May 2 and 3, May 9 and 10, May 16 and 17.)

During a briefing on Monday, Gov. Gavin Newsom warned Californians not to delay the state's reopening with risky behavior as pictures of the crowded beaches spread on social media.

"Those images are an example of what not to see, what not to do if we're going to make the meaningful progress we've made the past couple of weeks," Newsom said.

"This is America!" shouts one man led away in handcuffs as protesters swarm in to record the exchange.

Multiple people were arrested on Saturday for showing up to a closed beach in the San Diego area to protest the county's beach shutdowns. 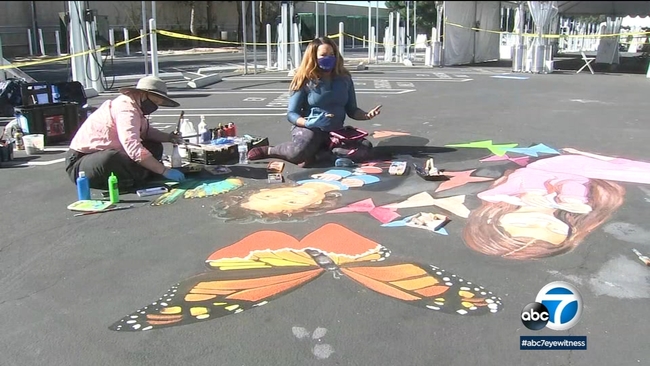 Artists help lift spirits of people getting vaccines in OC 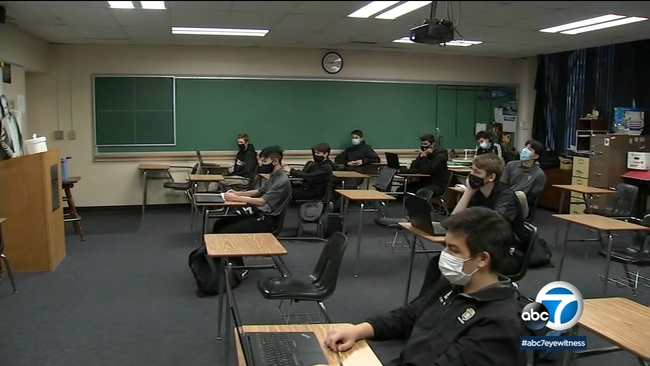