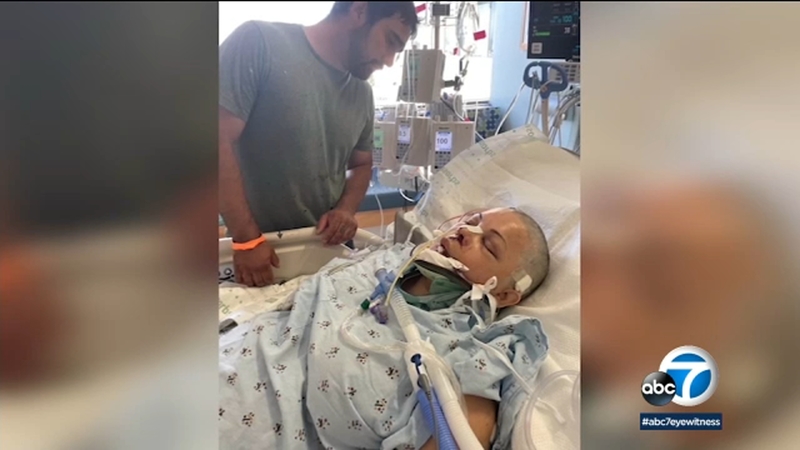 ORANGE, Calif. (KABC) -- A man who lost three family members in last week's mass shooting at an office complex in Orange says he is focused on his mother's recovery after she was left critically injured.

Louis Tovar's mother, Blanca Ismeralda Tamayo, is the only surviving victim of the horrific shooting rampage.

Tovar says she is relatively unresponsive at the moment but he's holding out hope that she'll recover.

"I need her in my life, especially after losing my Dad, my sister and my little brother," he said.

Staying focused on his mother's recovery is giving Louis hope as he grieves.

"(He was) the most loving brother anybody could ever ask for. He would always be jumping on me, my sister, my mom. I can hear him telling me 'Oh I love you, brother' and he was nine years old and he was still like that," he said.

The father of the 9-year-old boy killed in the mass shooting in Orange is remembering his son as a loving child with big dreams.

"My mom knows I need her and when she heals, she's going to need me," he said.

A GoFundMe account has been set up to help the family pay for her medical expenses.

Other GoFundMe pages were established to help the other victims' families:

Although investigators say the shooting was not random, a motive remains unclear. The suspected gunman, who authorities say knew all the victims, has been charged with murder.