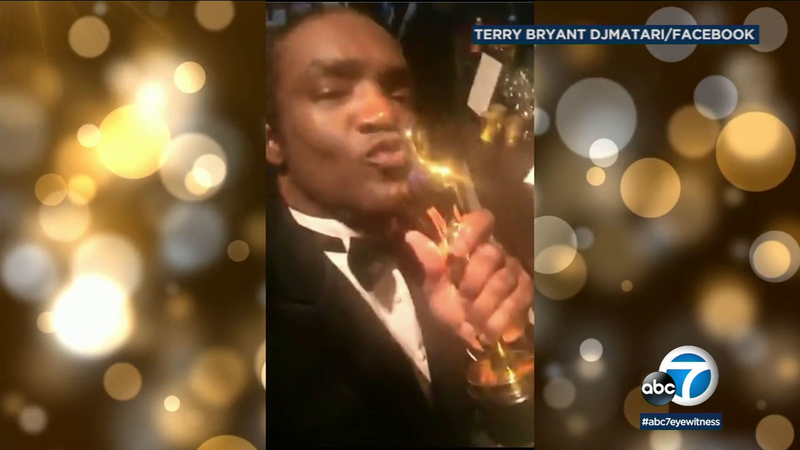 Oscar thief or all a big mistake?

LOS ANGELES (KABC) -- Terry Bryant loves the red carpet, but he's shied away from the limelight since his arrest after last year's Academy Awards, when he was spotted holding and posing with Frances McDormand's Best Actress Oscar.

"I just want people to know that I'm not a thief," Bryant told Eyewitness News. "I meant no harm by this."

Bryant is facing felony grand theft charges that, if convicted, carry the real possibility of prison time -- all for what he and his attorney call a big misunderstanding.

"It's a big deal over nothing," says attorney Daniel Brookman, who agreed to handle Bryant's case for free.

"I've got hundreds of photos of other people posing with Oscars that are not their Oscar, and none of them have ever, ever been charged," Brookman said.

Bryant said he was an invited guest at the Governor's Ball and never intended to steal anything. He asks -- why would he live stream himself on Facebook committing a crime?

"He is a part of the fabric of Hollywood," says Brookman. "Every affair Mr. Bryant has gone to, he's been invited. He goes to runway shows, BET awards, to the Emmys, the Grammys."

Social media posts show Bryant posing with celebrities ranging from Beyonce to Betty White. Bryant skipped the Oscar after-parties this year, but he did attend the Independent Spirit Awards on Saturday in Santa Monica.

"He's invited," says Brookman, calling Bryant a sort of professional guest. "He's a friend of the caterers there... celebrity caterers are very good friends of his."

Bryant said he didn't know the Oscar was real and that there were prop Oscars all over the ballroom.

"It's absurd," Brookman said of the upcoming trial. "It is a tremendous waste of resources, of police resources, the district attorney's resources. The Academy is sending lawyers down to monitor the proceedings. There was no theft -- it just seems to be a big tempest in a teapot."

According to the LAPD police report, McDormand told a detective last year that she set the Oscar down on a table at the bar and walked away for a time. When she returned, the Oscar was gone.

"McDormand is not desirous of prosecution," according to the police report.

Eyewitness News reached out to McDormand's agent on Monday, and he said the actress had no comment.

Brookman said it's the Academy that's pushing for the prosecution and claims to retain some ownership of each Oscar statuette. The Academy did not respond to a request for comment.

"They maintain that they are part owner and a victim," says Brookman.

McDormand will likely be subpoenaed to testify at the trial which could get underway in April.