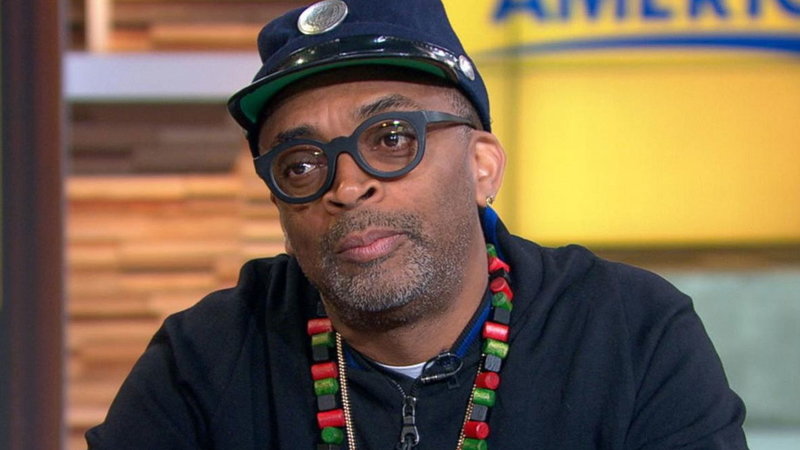 NEW YORK (KABC) -- Spike Lee will be at a Knicks game instead of attending the Oscars, the director said on "Good Morning America" on Wednesday.

Lee has spoken out about the lack of diversity in this year's Oscar nominees, but the two-time Academy Award nominee said he doesn't want to call his non-attendance a boycott. He said he's simply not going.

Lee said he believes the larger issue is Hollywood's hiring practices, saying the focus on the Oscars "is a misdirection play."

Instead, he argued for a version of the NFL's Rooney Rule, which stipulated that a minority coach must be interviewed for any head coaching vacancy.

Still, growing calls for a boycott over the lack of diversity are forcing stars to choose sides and threatening to throw the movie industry's biggest night of the year into turmoil.

The backlash over the second straight year of all-white acting nominees is also putting heavy pressure on the Academy of Motion Pictures Arts and Sciences to diversify its overwhelmingly white male membership.

Alongside Lee, actress Jada Pinkett Smith has said she will not be attending the Oscars due to the lack of diversity, posting her announcement to Facebook.


Pinkett Smith's stance got some backlash, most notably from former "Fresh Prince of Bel-Air" actress Janet Hubert, who took to Facebook to slam Pinkett Smith and Will Smith.

'Fresh Prince' aunt slams Will, Jada over Oscars boycott
Janet Hubert, who co-starred with Will Smith on 'The Fresh Prince of Bel-Air,' is slamming the actor's wife Jada Pinkett Smith over her decision to boycott the 2016 Oscars due to lack of diversity.
Academy President Cheryl Boone Isaacs issued a statement promising more diversity, and quickly, after both Lee and Pinkett spoke out.

Since then, a number of stars have chimed in on the issue. George Clooney told Variety on Tuesday, "I think that African-Americans have a real fair point that the industry isn't representing them well enough."

Oscar winner Lupita Nyong'o took to Instagram to add her criticism of the Academy, saying in part, "It has me thinking about unconscious prejudice and what merits prestige in our culture."


British actor Idris Elba, who many thought deserved an Oscar nod for his role in "Beasts of No Nation," added his opinion during his keynote speech to Parliament on Diversity in the Media.

"Talent is everywhere but opportunity isn't. We haven't done enough to nurture our diverse talent," he said.

GOOD MORNING!! 😎Here is the the full speech. Thank you for the comments and support. "Consumer and Commissioner" https://t.co/Udp87b2PGG

Director Michael Moore weighed in on Twitter, pledging his support for Pinkett Smith and Lee.

I support @jadapsmith and @SpikeLee and will join with them. I believe the Academy will fix this. Thank you President Cheryl Boone Isaacs.

This year's Golden Globes host Ricky Gervais and actor Don Cheadle added some humor to the situation by sharing their views on Twitter.

I can't believe I'm not invited to The Oscars. As a protest, I'm not going then.

@chrisrock Yo, Chris. Come check me out at #TheOscars this year. They got me parking cars on G level.