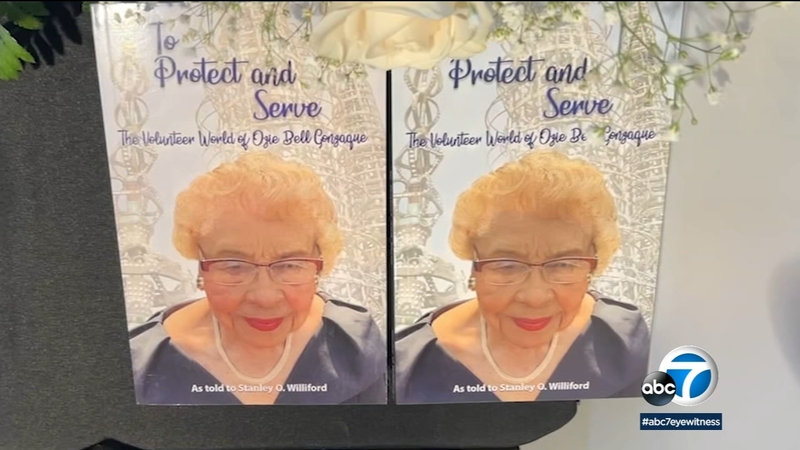 Longtime activist celebrated for her efforts in easing racial tensions

LOS ANGELES (KABC) -- Ozie Gonzaque is longtime L.A. activist who has never been afraid to take a stand. Now the 96-year old is being celebrated for her efforts in easing racial tensions. It all started back in 1965 after the Watts Riots when she decided to meet with LAPD Chief William Parker.

"They said he didn't care about the community and didn't like Black or Hispanics, and I said so what? I don't care whether he likes me or not. He's the chief of police. I want to know what we can do to work together," said Gonzaque.

She's the subject of a new biography called "To Protect and Serve: The Volunteer World of Ozie Bell Gonzaque." We met her at a recent book-signing event along with the book's author, Stanley Williford. He says her behind-the-scenes role with Chief Parker was crucial.

"She wanted to meet him just to see what she could do to get him to understand what Black people were going through in South Los Angeles," said Williford. "I believe it changed a lot in him. Even at the end, after he had passed, his wife sent her a card."

Since then, she has continued to meet with local leaders, even when they are not on the same page.

"We can't just solve problems by complaining and blaming other people and being angry. We have to put all that aside and say what can I do?" Gonzaque said. "We don't have the time to continue to waste the way we're doing with hate and anger and bitterness and blaming everyone else for this world being in the shape it's in. This world is in the shape it's in because we let it get there,"

She is hoping this book will show the next generation what is possible.

"If I can do anything to inspire young people to stop complaining and decide they can make a difference, then it was worth the whole thing," said Gonzaque.

"She's a remarkable woman. Bold. Nobody can scare her," said Williford. "She stands up to everybody, she stood up to everybody she had to stand up to, but she's a very nice person you know."