Despite what you may be thinking, it's recovery most likely can't be tracked to the reduction in pollution due to the coronavirus pandemic.
CNNWire 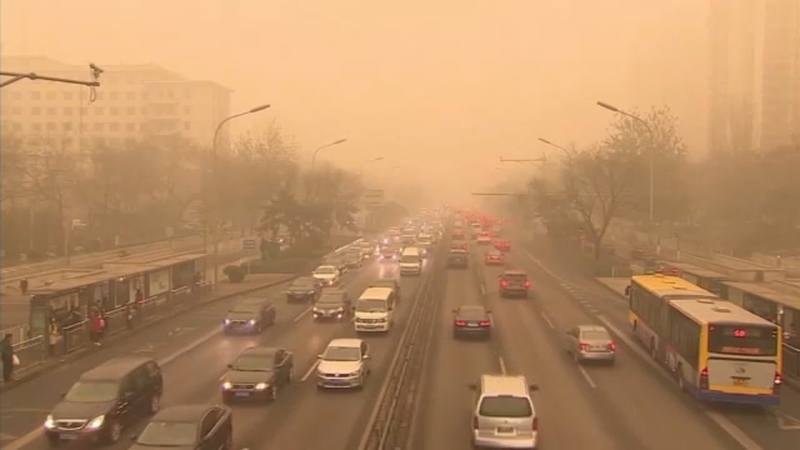 An ozone hole that formed over the Arctic this spring and eventually grew into the largest ever recorded there has closed.

Scientists who were tracking the hole at Copernicus' Atmospheric Monitoring Service (CAMS) made the announcement late last week, noting the "rather unusual" hole was caused not by human activity but a particularly strong Arctic polar vortex, CAMS said.

Thus, despite what you may be thinking, its recovery most likely can't be tracked to the reduction in pollution due to the coronavirus pandemic.

"COVID19 and the associated lockdowns probably had nothing to do with this," the group said on Twitter. "It's been driven by an unusually strong and long-lived polar vortex, and isn't related to air quality changes."

The five-county Los Angeles metro area is the smoggiest region in the country, according to a new report.

Still, the hole was massive -- most of the ozone typically found around 11 miles into the stratosphere was depleted, the group said. The last time such a strong chemical ozone depletion was observed in the Arctic occurred nearly a decade ago.

A polar vortex is a large area of low pressure and cold air that surrounds both of Earth's poles, according to the National Weather Service. Polar vortexes always exist, but they typically weaken during the summer and strengthen in the winter. The polar vortex in the Arctic is typically weaker due to the presence of nearby land as well as mountain ranges that disturb the weather more so than its counterpart to the south, CAMS said.

The ozone layer sits between 9 and 22 miles above the Earth. It protects us from ultraviolet radiation.

Unlike the hole that developed over the Arctic, the Antarctic ozone hole in the Southern Hemisphere is typically caused by chemicals such as chlorine and bromine migrating into the stratosphere. This has caused an ozone hole to develop in the Antarctic annually for the last 35 years.

There has been good news there, too: last year, the Antarctic ozone hole was at its smallest since it was first discovered.