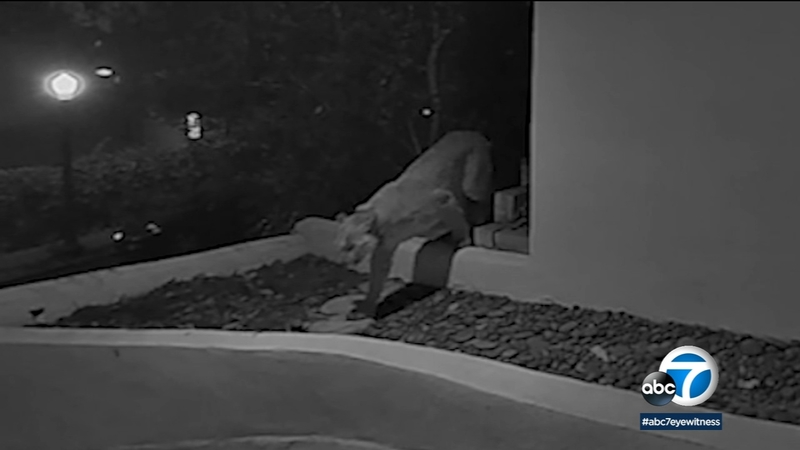 HOLLYWOOD HILLS, LOS ANGELES (KABC) -- The Hollywood Hills is home to many celebrities, including Los Angeles' most famous mountain lion, P-22. The elusive cat was possibly spotted in the neighborhood recently.

There have been at least two possible sightings in the last two weeks.

And last week, a neighbor said P-22 was also spotted on home surveillance video near the intersection of La Sombra and La Suvida drives.

The big cat became a household name while doing as Southern Californians do when they get sick of the Westside - he moved.

The mountain lion moved from the Santa Monica Mountains to Griffith Park about a decade ago and crossed over freeways to get there.