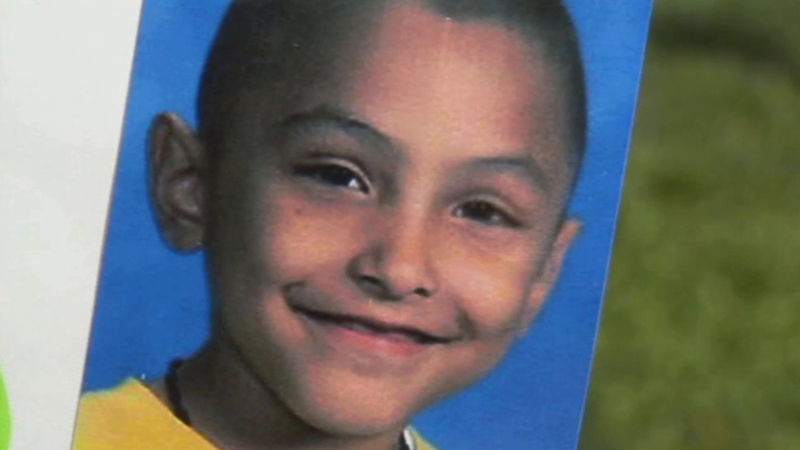 LOS ANGELES (KABC) -- A physician who performed a brain examination on Gabriel Fernandez, a Palmdale boy who prosecutors said was murdered by his mother and her boyfriend, testified in court Thursday.

Her testimony was part of the trial for Isauro Aguirre, the boyfriend of Gabriel's mother, Pearl Fernandez. Aguirre is suspected of torturing and murdering the 8-year-old boy, who was found unresponsive at their apartment in 2013.

Dr. Alyssa Rake was the attending physician at Children's Hospital Los Angeles pediatric intensive care unit when Gabriel was brought in from Antelope Valley Hospital. She performed a second examination on Gabriel to determine if he was brain dead.

She said he had no response to stimuli and could not breathe on his own. Rake said Gabriel was brain dead and had no brain function. During her testimony, she explained when children are believed to be brain dead, two examinations are performed 12 hours apart.

Rake said she performed the second examination on Gabriel on May 24, 2013.

"I found no brain function. He was confirmed to be brain dead," she said.

During the examination, she said she found a depressed skull fracture, bruising on his eyes and some missing upper teeth. She saw different stages and ages of bruising and scars, small circular cuts and that he had a deep lash on the base of his penis and a burn mark.

From radiological images, Rake found Gabriel had a broken skull, a hematoma on his head, swelling on the brain, a deviation of his nose, removed teeth, neck swelling, a cut to his liver and a hematoma on it, and that he had lung disease.

Rake said Gabriel also had multiple old and new rib fractures, a BB in his lung and a swollen knee.

Her description of Gabriel's injuries was similar to another witness who testified in court Thursday. Another witness was Los Angeles County sheriff's Deputy Erica Martinez, who responded to a child not breathing call at the Palmdale apartment and went with Gabriel to both hospitals he was rushed to.

She said her job was to stay with Gabriel and she saw him placed into an ambulance as he was taken to Antelope Valley Hospital. She said none of his family members went with him in the vehicle.

Martinez said during her time with Gabriel, she saw bruises all over his body, bumps, cuts, his eyes were swollen shut and paramedics had placed a neck brace on him. She added that it appeared small items were lodged under his skin.