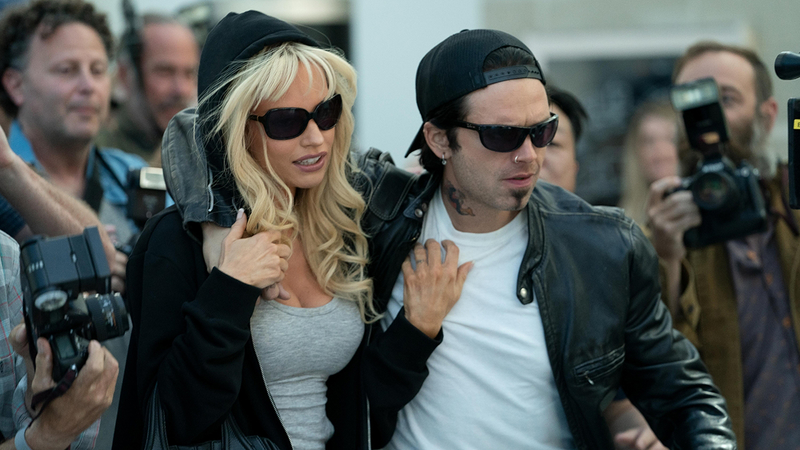 LOS ANGELES -- Billing it as the "greatest love story ever sold," Hulu on Wednesday dropped a new trailer for its upcoming limited series "Pam & Tommy."

The eight-part scripted series is based on the true story of Pamela Anderson and Tommy Lee and the aftermath of the theft of a home video chronicling their intimate moments. It stars Lily James as Anderson and Sebastian Stan as Lee.

"Stolen from the couple's home by a disgruntled contractor (Seth Rogen), the video went from underground bootleg-VHS curiosity to full-blown global sensation when it hit the Web in 1997," Hulu teases in the series' description.

It continues: "A love story, crime caper and cautionary tale rolled into one, the eight-part original limited series explores the intersection of privacy, technology and celebrity, tracing the origins of our current reality TV era to a stolen tape seen by millions but meant to have an audience of just two."

The trailer shows Rand Gauthier (Rogan) and Uncle Miltie (Nick Offerman) stealing the tape that the couple had filmed on their honeymoon. Anderson and Lee eventually divorced, went on to win a lawsuit against the Internet Entertainment Group, who sold their tape.

Although Anderson has yet to weigh in on the series, Lee told Entertainment Tonight recently, "The story's actually cool. What actually happened wasn't, but (Stan) tells me it's pretty wild. I feel like it was forever ago. But it's a cool story and people need to know. It's cool. I'm stoked."