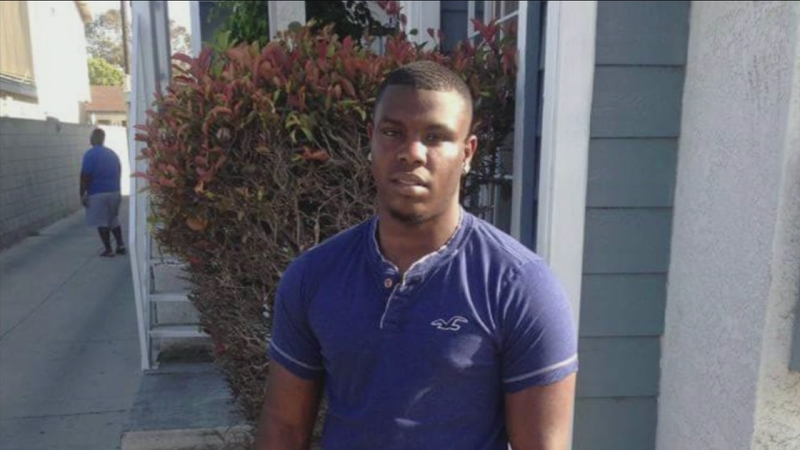 PARAMOUNT, Calif. (KABC) -- A Paramount family has been torn apart by a senseless killing.

Loved ones of 26-year-old Macvell Holmes, who was gunned down Monday after a carjacking gone wrong, gathered Friday where it happened to remember the man who was a beloved brother and son and a father to a little girl who will now be forced to grow up without her dad.

"All he did was work as a nurse and just worked all the time. Had a lot of overtime so I'm just sad to see him go and this to happen to him like that," said relative Tammy Williams.

Tears came easy, tempered only by memories of good times with Holmes and news that police had arrested a suspect, 29-year-old Sherman Myles, who is accused of going on a rampage Monday.

Investigators said Myles first fired shots from his car during a road rage incident, then shot and killed Holmes at his apartment complex before carjacking another car.

"I'm happy that they have someone in custody, I am. Whoever did this deserves to rot," said Rainey.

Now, a broken family must pick up the pieces after losing their center.

"He was the one that always kept us happy. And it just him not being here, it's just going to be hard," said Holmes's cousin, Chelsea Rhodes.