Muslim in Paris: Life inside the 'No-Go' zones 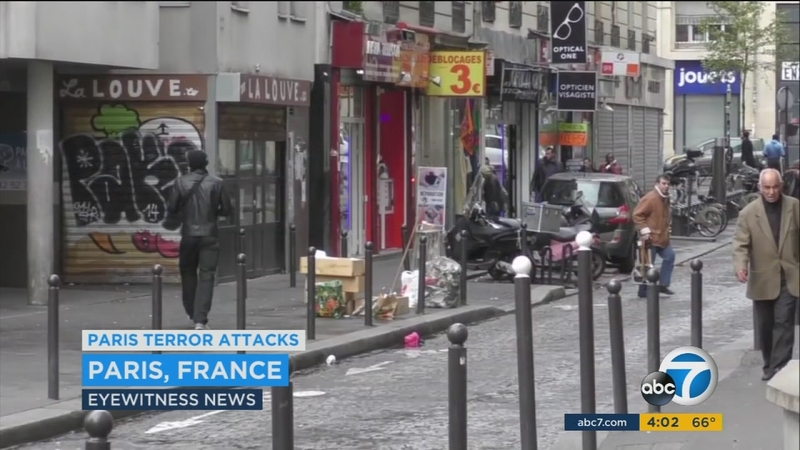 Muslim in Paris: Life inside the 'No-Go' zone

PARIS (KABC) -- As the international attention is directed towards Paris following terrorist attacks from Islamic radicals, the spotlight is showing glimpses of what it's like to be a Muslim within the City of Light.

ABC7's David Ono is on the ground in Paris and traveled to a Muslim community commonly known among the locals as a "No-Go" zone.

In other words, it's a place you don't want to live or be there.

"Some of the places, you know, you might get into some trouble at night," said Gil Soltz, who grew up in San Bernardino.

Soltz now lives in Paris and he took our crew into a "No-Go" zone which was 100 percent Muslim.

"There's probably some drug trade on this street," Soltz explained.

The community was only a few miles from the Paris that is internationally known, but it seemed a world away in terms of the quality of life.

Bunougrkh, 29, is from Tunisia and speaks little English, but no French. His first language is Arabic.

He explains that his friends, most of them teenagers, can't find jobs, so they illegally sell cigarettes on the street.

It's a hard life, but Bunougrkh said they have to find money to be able to eat, even if that means constant confrontation with French police.

When talking with Bunougrkh, the conversation quickly transitions to terrorism. He candidly said since he and his community are Muslim, they are under constant suspicion by the French.

"The Muslims didn't do what happened last time. The Muslim people didn't do this, never, never," Bunougrkh said.

But he also admits he is disenfranchised and feels angry. His community and their lives in Paris are not good.

MORE: Germany-Netherlands soccer match called off due to serious threat of attack


The same rings true just two blocks away in another largely Muslim community, but this time with roots are from Central Africa.

There are shop owners who seem to be kind, even though they don't want cameras on their face.

But outside their door's it the black market where vendors are quick to grab your camera, or any kind of show of being an outsider is not appreciated.

The communities are rough and crime ridden, but the question is are they breading grounds for terrorists?

Bunougrkh said killing innocent people is wrong and that he would stop a terrorist.