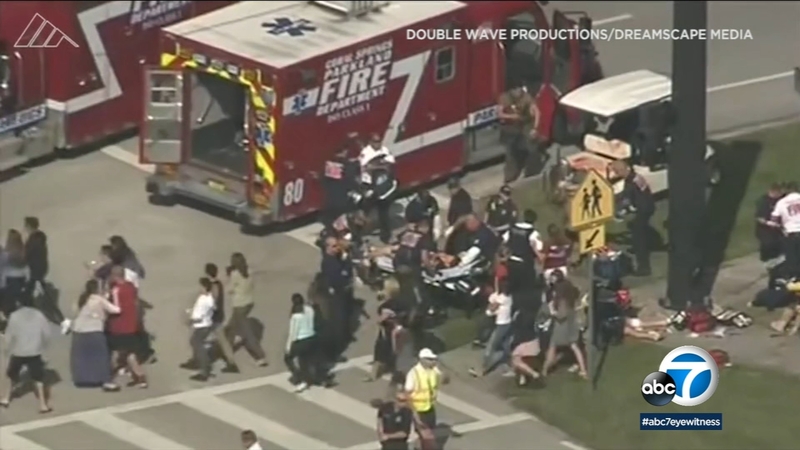 Among his more than two dozen movies: one about the McDonald's massacre in San Ysidro, and the mass shooting at The Pulse nightclub in Orlando.

His latest film takes us inside last year's shooting at a high school in Parkland, Florida.

"Parkland: Inside Building 12" tells the story of what happened at Marjory Stoneman Douglas High School on Feb. 14, 2018.

During six terrifying minutes, 17 students and staff were shot dead, with another 17 wounded, making what happened in Parkland the largest high school mass shooting in U.S. history.

"And that's to the activists who were not even here. And when I sat down with 40 victims and survivors, a lot of them are bitter toward the activists because they felt as if they made it big based on their suffering. So the activists are disliked, for the most part, by the people that were shot or being shot at."

The film includes cellphone footage all shot during those horrifying moments.

"Some of the kids inside some of the classrooms that were fired into somehow - and I don't know how - they managed to get some footage," said Minn.

With "Parkland: Inside Building 12," the director continues his documentary tradition of never naming the shooter, instead choosing to focus on the survivors.

"I'm a victim-driven director. I study true crime. I study sociology of victims," said Minn. "Documentaries are about people. Everyone has a story. Some are more powerful than others. And I'm just drawn to this. I think about murder every single day."

"Parkland: Inside Building 12" begins its one-week run on Thursday, Feb. 14 - the one-year anniversary of the shooting.