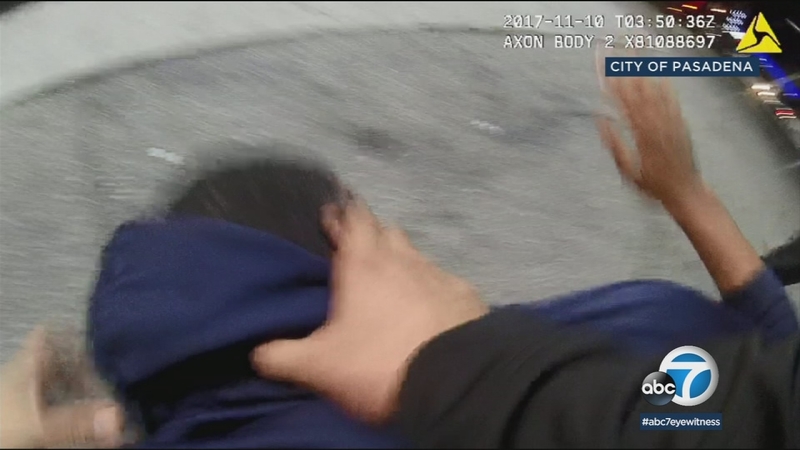 PASADENA, Calif. (KABC) -- Pasadena police released body camera video of a violent confrontation in which a suspect ended up with a broken leg.

The video showed Christopher Ballew at a gas station last month after two officers tried to pull him over for traffic violations. Investigators said Ballew resisted arrest, and at one point he pulled a baton out of an officer's hand.

After Ballew was hit and pulled to the ground, he was taken into custody. Officials said they chose to release the video to show the officers did the right thing.

"It was just in the interest of transparency and for people to understand police procedures and just the overall interest in what actually occurred during this incident," Pasadena PIO William Boyer said.

Authorities said the incident is under review, but both officers remain on active duty.