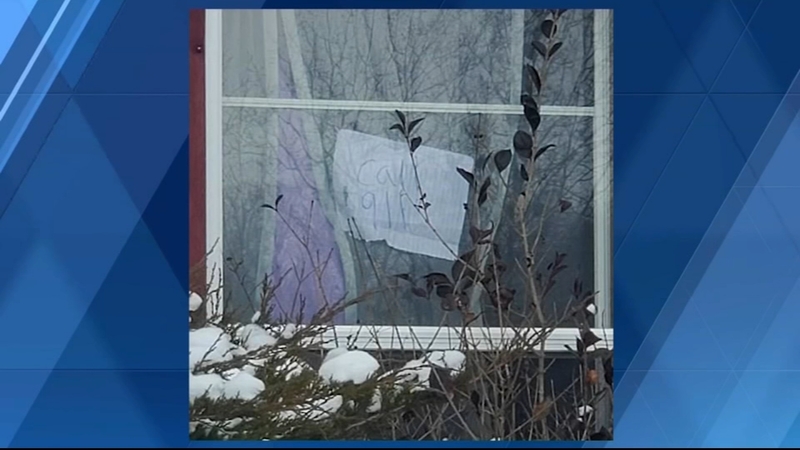 UNITY TWP., Pennsylvania -- A Pennsylvania woman managed to call for help after being assaulted at a Westmoreland County home last weekend by putting up a sign in the window, police said.

State police told WTAE-TV that it's a good thing someone walking by the Unity Township home noticed the sign, and did something about it.

"He had smashed her phone so she was unable to make any phone calls to get some help," Trooper Steve Limani said.

The suspect is identified as 44-year-old James Vickers.

Police said the woman posted the sign in the window after Vickers beat and choked her when she tried to leave the house.

Authorities received the 911 call from the passerby late Saturday morning.

"Heads up on the victim's part, having to go through a traumatic situation that she had just went through and then thought 'my phone is damaged, I can't make a call, what I can I do to get myself out of this horrible situation,'" Limani said.

Police said Vickers had a knife on him when they arrived. He was taken into custody after a brief struggle.

Police also said they found suspected methamphetamine and pills inside the home.

According to court records, Vickers pled guilty to simple assault and strangulation, stemming from two separate cases in 2018.

Police said the victim had visible injuries to her face, but is expected to be OK thanks in part the 911 caller.

"With all those things taken into consideration, we're lucky in this particular case that nothing else was worse than what it was," Limani said.

Vickers is being held at the Westmoreland County Jail facing assault, drug, and strangulation charges.