A Los Angeles County sheriff's deputy mistakenly shot and killed an innocent man at his Pico Rivera home when gunfire was exchanged with a wanted parolee.

PICO RIVERA, Calif. (KABC) -- A Los Angeles County sheriff's deputy mistakenly shot and killed an innocent man at his Pico Rivera home when gunfire was exchanged with a wanted parolee during a barricade situation.

The deputy who fired the shot was pulled from the field.

Authorities were searching Friday for 24-year-old parolee Cedric Ramirez, who was wanted for numerous felonies including ex-felon in possession of a firearm and taking a vehicle without the owner's consent, according to department spokeswoman Nicole Nishida.

A SWAT team surrounded the home. Deputies then went to the front door and evacuated two children and an adult. Ramirez suddenly appeared in a hallway and started shooting at the deputies, officials said.

Deputies returned fire and retreated to the front yard.

"Within seconds of their exit, an adult male suddenly appeared in the front doorway, believing the man was Ramirez, a deputy fired two shots at that man," Det. Chief Bill McSweeney said.

That second man was not Ramirez, but Frank Mendoza, 54, who was pronounced dead at the scene. Frank Mendoza is survived by his wife and eight children.

"My father-in-law was a great man, hardworking. He had eight children and he had 10 grandchildren and two on the way. He's just a man of all mans, he was great," Frank Mendoza's daughter-in-law, Tanya Mendoza, said.

Ramirez was shot and killed early Saturday when a special weapons team stormed the home.

Lorraine Mendoza, who was held hostage, was freed around 1:30 a.m. and transported to a local hospital. She did not appear to have suffered any injuries, but was a bit shaken up.

Investigators say Ramirez did not know the Mendoza family, but that the suspect was a well-known gang member who frequented the Pico Rivera area.

Neighboring residences were evacuated for more than 15 hours during the standoff. No sheriff's deputies were injured.

The suspect's firearm was recovered at the scene. 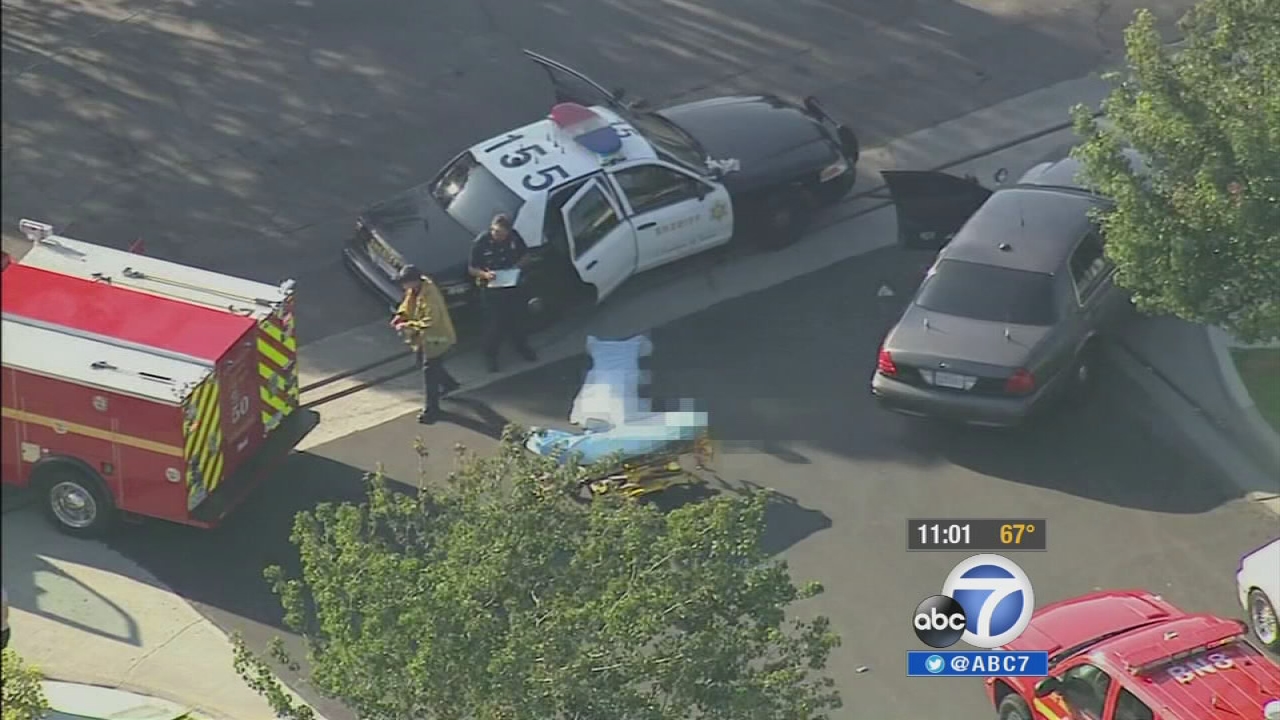