At least three people are dead and two injured after a small plane crashed into a home near the Riverside Municipal Airport on Monday.

RIVERSIDE, Calif. (KABC) -- At least three people are dead and two injured after a small plane crashed into a home near the Riverside Municipal Airport on Monday.

Officials said the crash happened near Rhonda Road and Dewey Avenue around 4:40 p.m. It appeared the plane clipped one home, crashed into another and the fire engulfed a third home. Two of those homes were completely destroyed.

Authorities said the aircraft contained five people who were heading back to the San Jose area after attending a cheerleading competition at Disneyland.

Upon impact, the plane split in half, ejecting one of the female passengers. Riverside Fire Department Chief Michael Moore said the woman has been treated as a critical patient at Riverside Community Hospital, but that she only had minor injuries.

VIDEO: Witness at nearby school recalls plane crashing into home

Initially, authorities reported the woman who was ejected was a teenager, but she is said to be in her mid-30s to early 40s.

The woman and another female passenger were pulled from the home, Moore said. The second woman, also in her mid-30s to early 40s, was taken to Arrowhead Regional Medical Center.

At first, authorities reported that the two people pulled from the home were the actual residents, but it has since been determined that no one was in the home at the time of the crash. 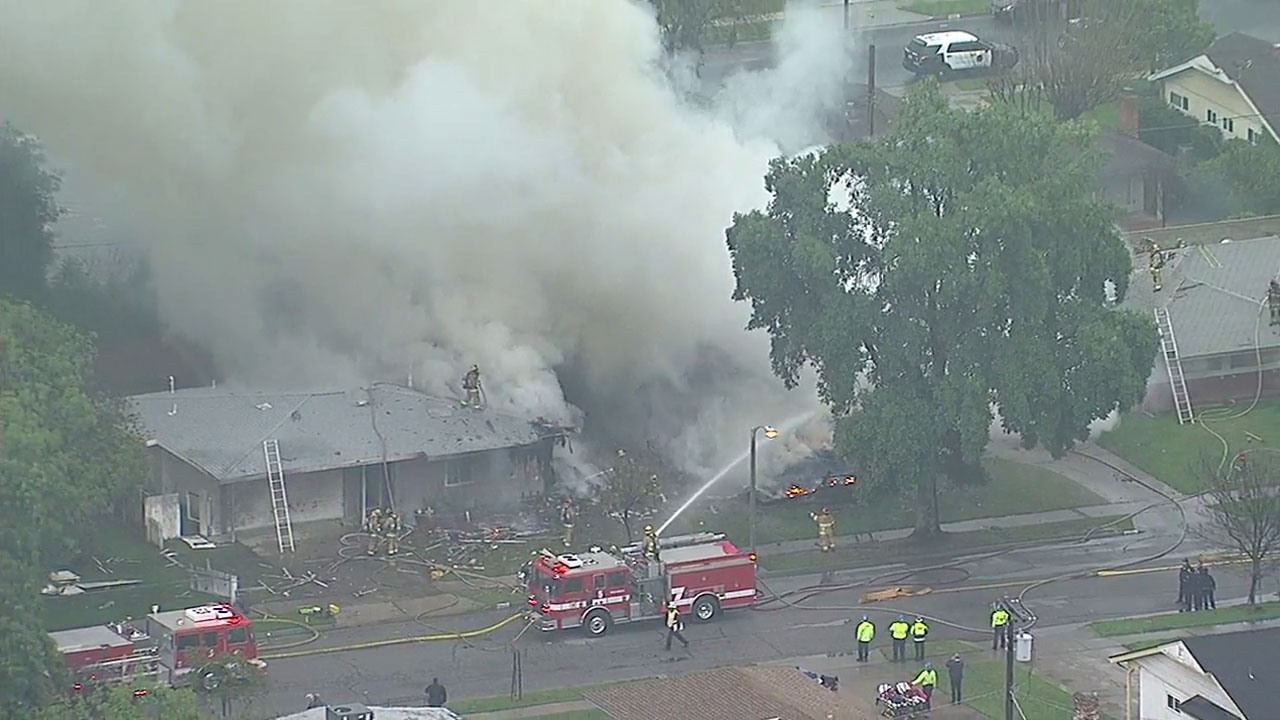 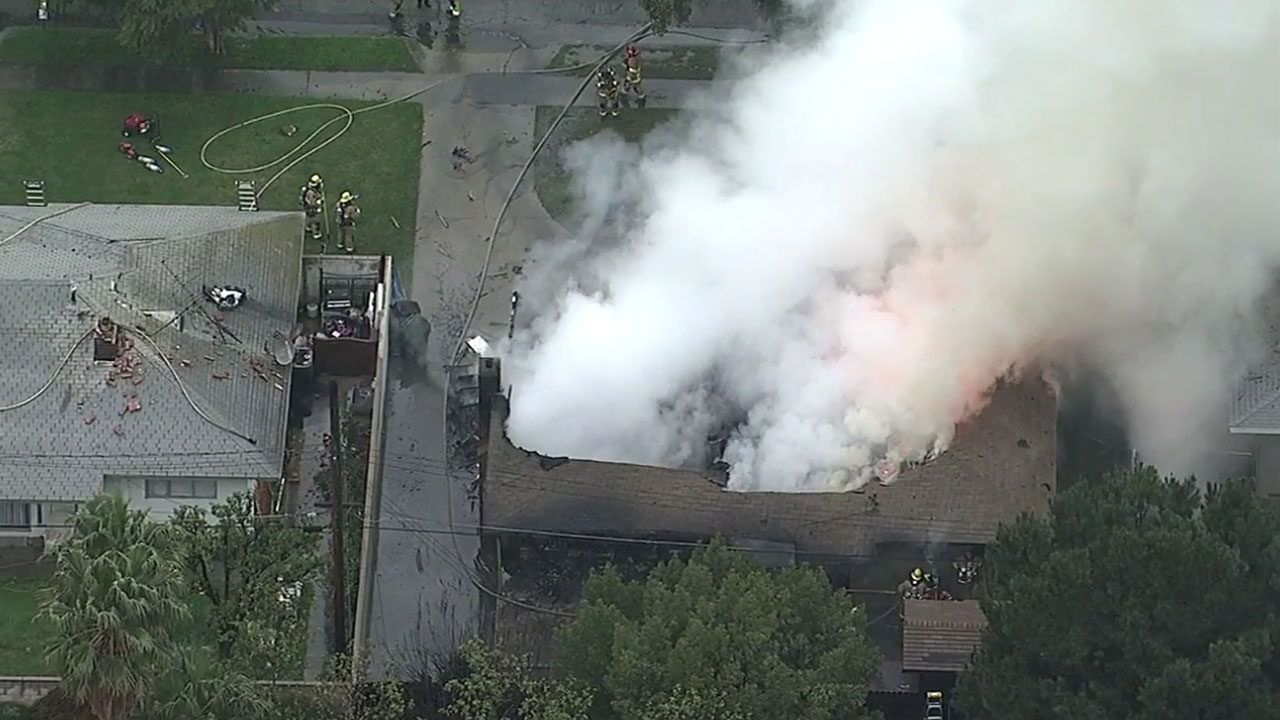 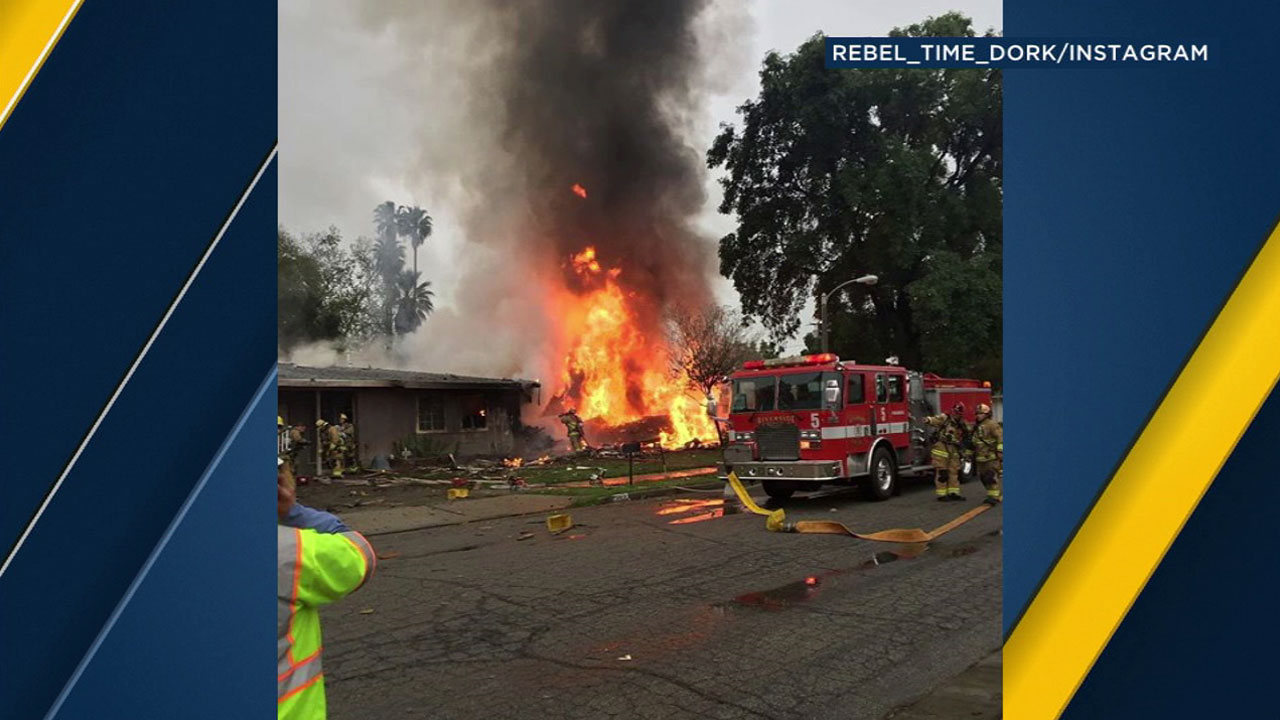 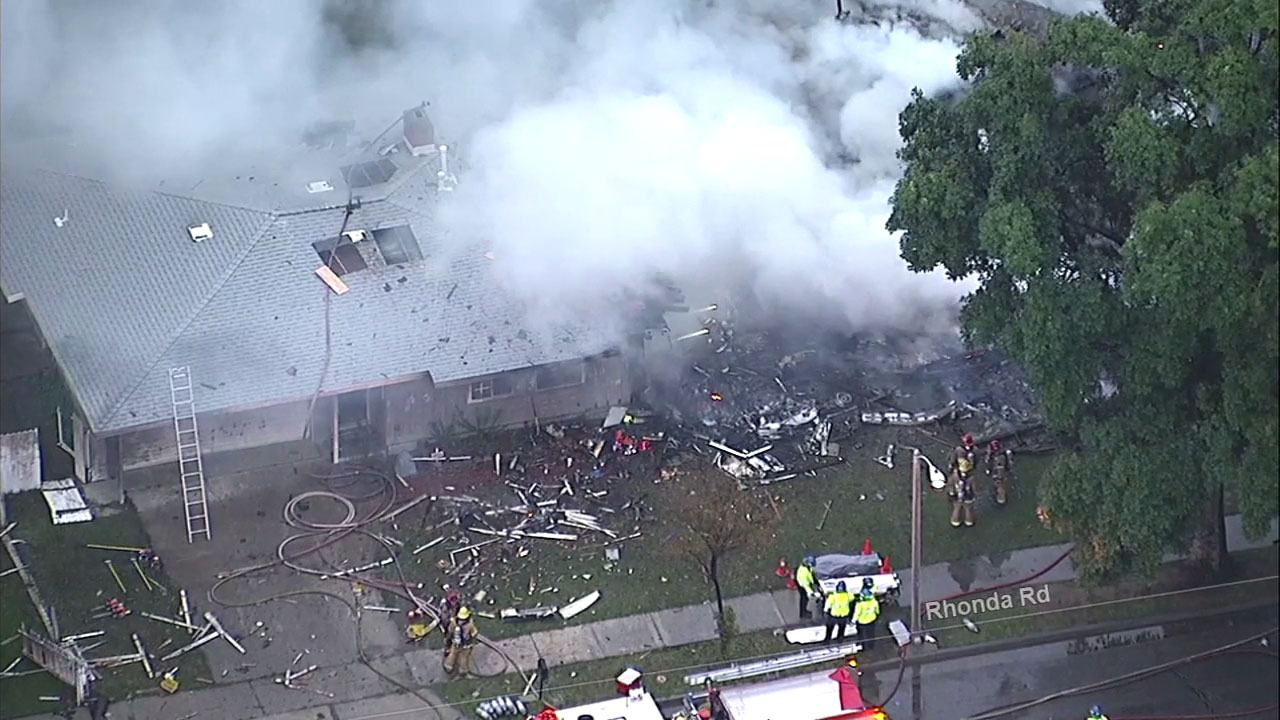 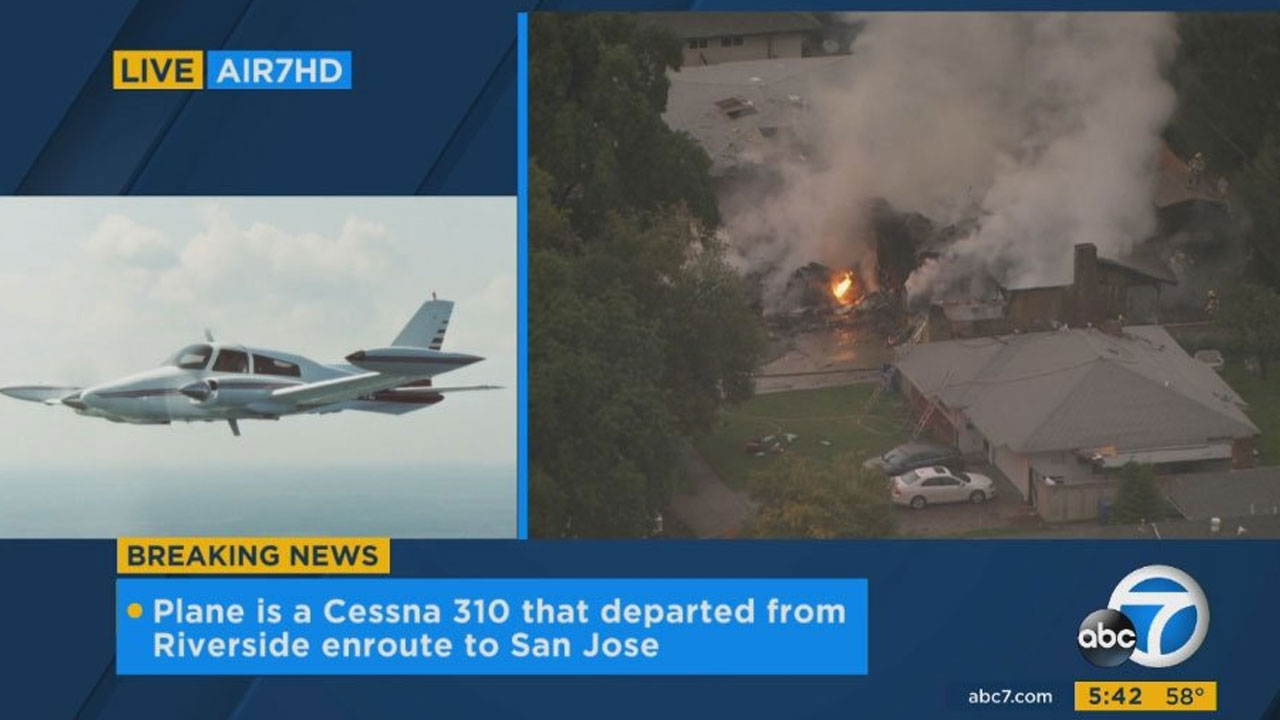 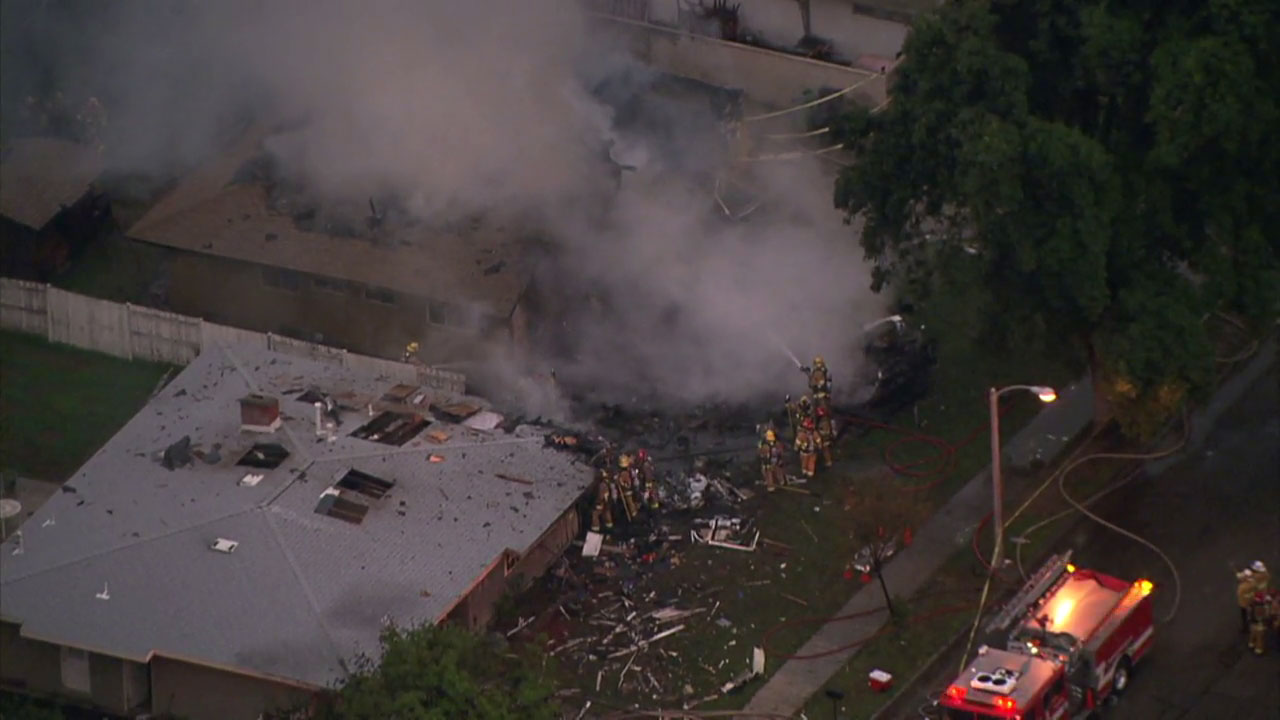 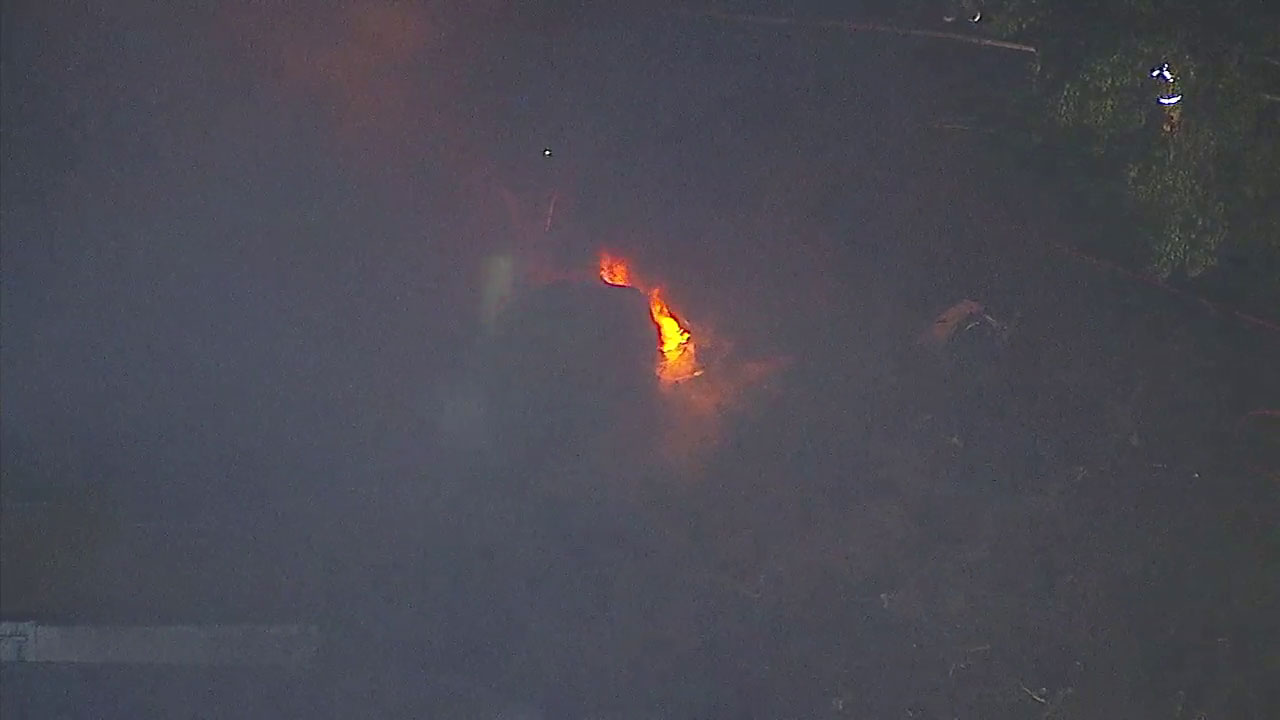 A witness captured video of the home on fire shortly after the plane crashed into the houses. The footage shows the main home engulfed in flames as the bystanders look on trying to figure out how to help.

The Federal Aviation Administration said the plane that crashed was a Cessna 310. Witnesses reported hearing a large explosion and feeling the ground shake.

Moore said firefighters and rescue crews will survey the area one more time Tuesday morning to make sure there are no additional victims.

The victims have yet to be identified. The Red Cross is out helping people who have been displaces as much of the neighborhood has been evacuated for the investigation.

The National Transportation Safety Board will be investigating the cause of the crash.