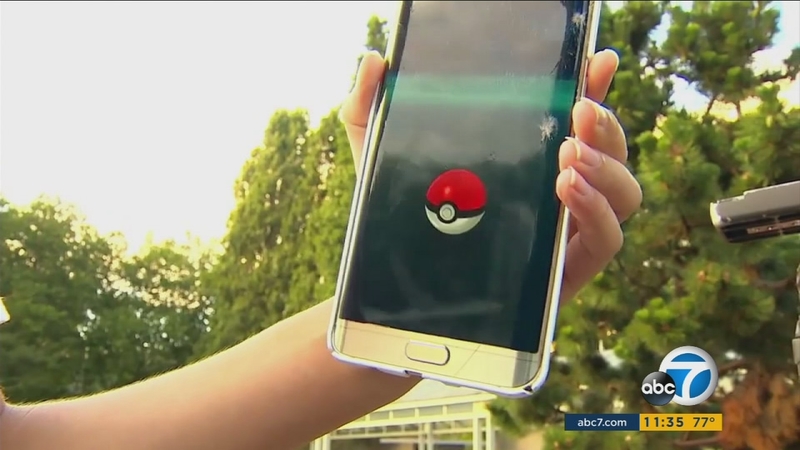 LOS ANGELES (KABC) -- "Pokemon Go" is a game sending players to real-world locations to capture virtual creatures, but it's also having some unintended consequences.

People wandering streets looking down, glued to their phones are hard to miss, and it's thanks to the new mobile app quickly getting the attention of many around the U.S.

Players use the popular app to scour the country and capture virtual characters with unique names.

The app uses your phone's camera and tracks you through GPS. Many, however, have already experienced major problems from the game in the real world.

During her Pokemon hunt, one teen stumbled on a body in a Wyoming river.

In St. Louis, some teens were charged with armed robbery after police said they used the game to add beacons and lure players to their location.

"This is a safety concern, especially given the events of the last week," said Sgt. Lori Duvall of the Washington Police Department. "Then you have people popping out of the buses behind a patrol car in the dark."

In a statement, the Pokemon Company is encouraging players "to be aware of their surroundings and to play with friends when going to new or unfamiliar places."

It also has people on their feet.

The game has also lead to real-world pain. Some users admitted they've run into poles and have fallen, injuring their arms and legs.