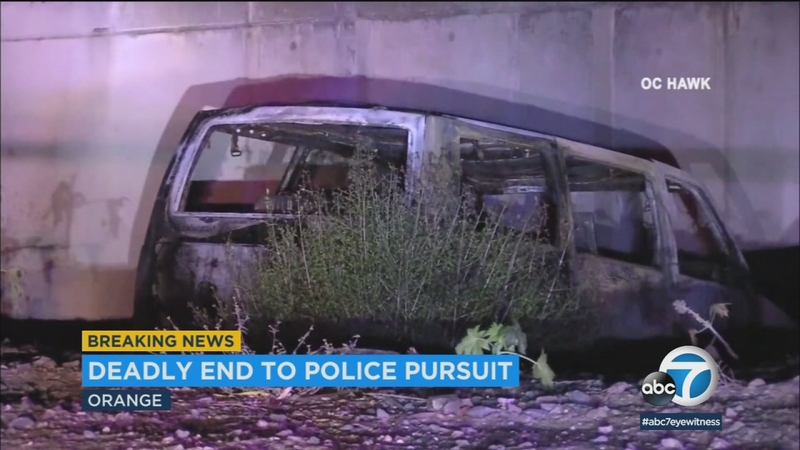 ORANGE, Calif. (KABC) -- A chase suspect died after pulling over to evade authorities and his vehicle erupted in flames in Orange Saturday night.

Authorities said around 7:20 p.m., California Highway patrol officers tried to contact a man in a parking lot who was acting erratically inside his car. The lot was located near the CHP office off Santa Clara Avenue in Santa Ana.

The man continued acting erratically, appeared to be under the influence and was believed to be armed, authorities said. He eventually fled from the parking lot in his 2003 Chevy Astro Van.

Authorities chased the suspect into the city of Orange, where he traveled north on Orange Olive Road. At some point, he went off the road north of Riverdale Avenue and went toward the nearby river.

Authorities said they tried to get the man out of the vehicle, but it eventually erupted in flames as the suspect remained inside.