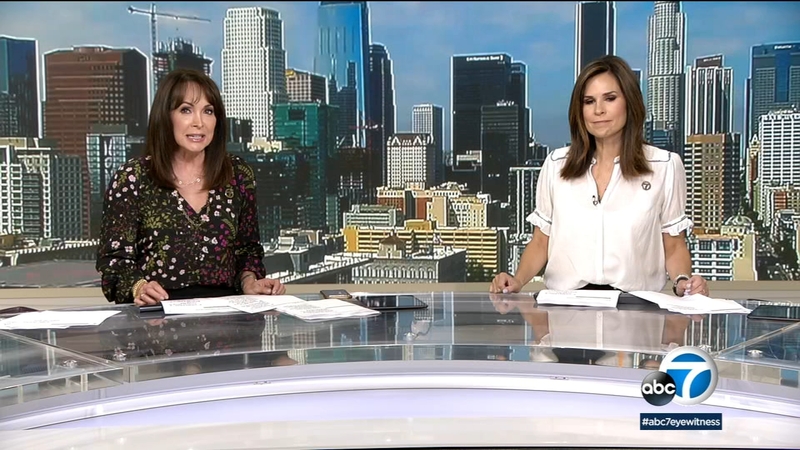 The confrontation occurred about 9 a.m. near the intersection of West 8th and South Berendo streets, a spokesperson for the Los Angeles Police Department said.

Firefighter-paramedics pronounced the man dead at the scene after he suffered a gunshot wound, the LAPD said.

"We have a suspect believed to be in his mid-30s, male Hispanic, who was pronounced by the Los Angeles Fire Department after the officers rendered first aid after he suffered a gun shot wound," LAPD Captain Aaron Ponce said.

There were no reports of injuries to police officers or bystanders.

The incident began when officers responded to a report of an assault with a deadly weapon and a man armed with a gun around 8 a.m., a police spokesperson told reporters at the scene.

An eyewitness that captured a video of the scene recounted the moment police pointed their guns at the suspect.

"They had their pistols drawn on him, warned him about four or five times to drop his weapon," eyewitness Mong Hong said. "He didn't respond at all. They did what they had to do and one of the officers took an aim at him and finished him off."

A canopy was set up over the body of the deceased suspect in the parking lot of a liquor store. A handgun was seen on the ground nearby.

News video from AIR7 HD showed a half-dozen LAPD vehicles at the intersection, which was partially closed as the agency's Force Investigation Division interviewed witnesses and officers.

Residents say their community is no stranger to dangerous crimes and that something needs to be done to keep everyone safe.

"More concerning because there is a school nearby and all of the kids are walking to school," Said Koreatown resident Sadie McDougal. "It's really sad."