The campaign is seeking an injunction asking to keep polling centers open for an additional two hours.

It would require that all voters who are in line to vote by 10 p.m. be permitted to vote provisionally and that all votes cast after 8 p.m. be counted.

But the courts took no action on the injunction request.

Los Angeles County Registrar-Recorder/County Clerk Dean Logan said his office had examined that issue earlier in the day as long lines were being reported at polling places. Ultimately they determined that they would allow people who were in line at 8 p.m. to cast their vote no matter how long it took, but they would not let new people in line after polls had closed. 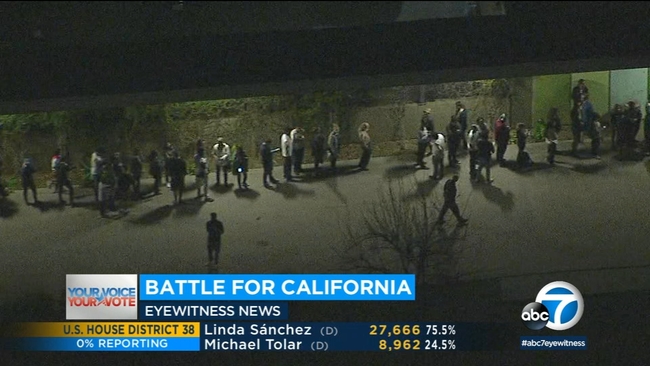