According to a cheeky news release, police say they flushed out the theft while patrolling a shopping center.
KABC 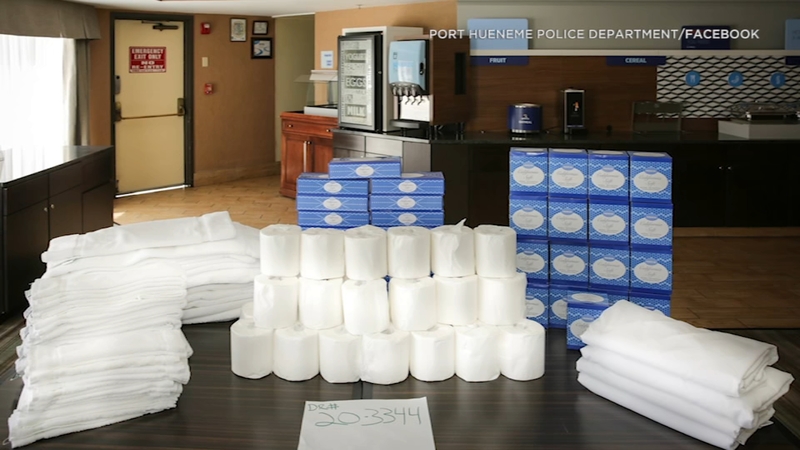 PORT HUENEME, Calif. (KABC) -- At a time when toilet paper has seemingly become a scarce commodity at stores, it's also become a valuable target for thieves.

Police in Port Hueneme recently arrested a carload of probationers who were caught with some precious stolen loot: 31 rolls of toilet paper and 27 boxes of tissues, in addition to towels and bed sheets.

The items were allegedly stolen off a maid's cart at a local hotel.

The Port Hueneme police had a little fun with the incident when they described it in their press release, referring to a "cheeky" story that might make you "flush with anger":

"We're aware that this isn't the crime of the century, but it's a solid #2. While we are trying to protect our public from price gouging and hoarding, it stinks that we have criminals trying to steal precious supplies from our local hotels. These thieves would have inevitably attempted to sell these items on the toiletry-market."

Police first flushed out the toilet paper caper on Monday afternoon when an officer was patrolling a shopping plaza in the 800 block of North Ventura Road. He spotted a car in the parking lot that appeared to have an open alcoholic container up front near the dashboard.

After talking to the three people inside, he learned they were all on probation on conditions allowing searches. A check of the vehicle turned up the toilet paper, tissue paper, towels and bed sheets. Officers were able to determine the items were stolen from a local hotel.