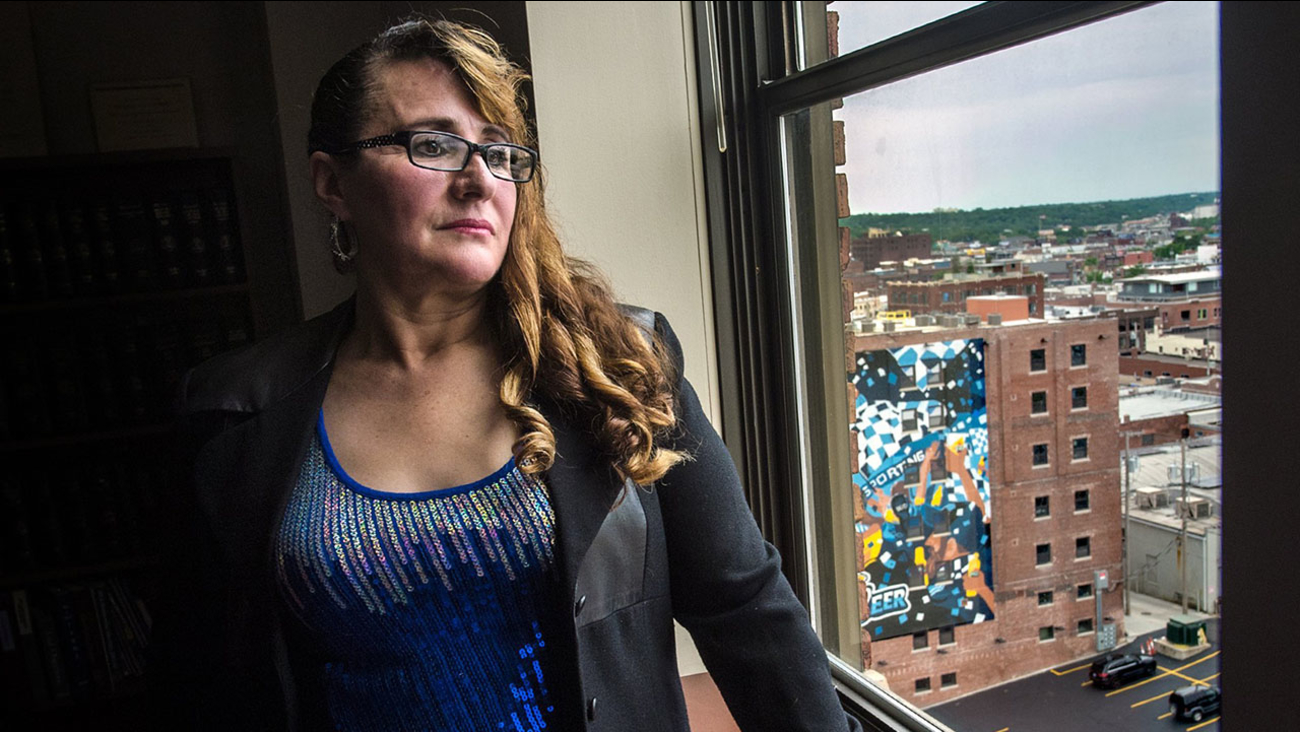 Maria Guadalupe Mejia Alcantara looks out the window in her attorneys' offices in downtown Kansas City, Mo., on Wednesday, May 13, 2015. (Getty)

A debt collection agency has been ordered to pay $83 million to a Missouri woman after a jury decided that the agency 'maliciously prosecuted' her to collect a debt she did not owe.

Maria Guadalupe Mejia, 51, won her case against Portfolio Recovery Associates LLC, one of the largest debt buyers in the U.S., after the company mistakenly sued Mejia for a credit card debt of $1,000 belonging to a man with a similar sounding name, according to NPR affiliate KCUR.

Jackson County Circuit Judge Joel P. Fahnestock struck down the debt collector's pleadings after it failed to hand over information in the case.

The full damages, determined by the jury after five days of hearing evidence, dealt a $250,000 fine for violating the Fair Debt and Collection Practices Act (FDCPA) and punitive damages of $82,990,000 for the malicious prosecution of Mejia.

Michael McKeon, a spokesperson for Portfolio Recovery Associates, called the verdict "outlandish" and said it "defied all common sense." McKeon said the company will file motions to dismiss the award to Mejia, believing it to be of an "inappropriate" size.

The debt collector added that if the verdict is not reduced, it "could have a material adverse effect on the Company's financial condition and/or operations."

Mejia has worked for 15 years at a dry cleaner's shop before it recently closed, leaving her unemployed. She said she was terrified when the company filed a lawsuit against her, despite having argued they had the wrong person.

The company claims to have dropped the lawsuit against Mejia for the credit card debt when it realized it had made a mistake, though it did so after Chiala's law firm, Slough Connealy Irwin & Madden, had already filed the countersuit against Portfolio Recovery Associates.

Mejia reportedly broke down in tears when the jury read its verdict. In a written statement, Mejia commented on the case:

"On February 6, 2013, my husband came to my place of employment and handed me the lawsuit Portfolio Recovery Associates, LLC had served him with at our home. They wanted me to pay them over $1,000. I did not owe this company any money. My husband and I were already struggling just to keep our children fed and the lights on. The lawsuit terrified me. I feared they would take my house and I feared they would arrest me. I was very shocked that they sued me for one year and three months even though I never had the credit card. And after they dismissed the case, they said they might sue me again.

"I am so thankful to the jury for giving me and my family justice. This should not happen to anyone and I hope the jury's verdict will stop Portfolio from doing this to others. I am grateful that my name is totally cleared and my family and I can move on."