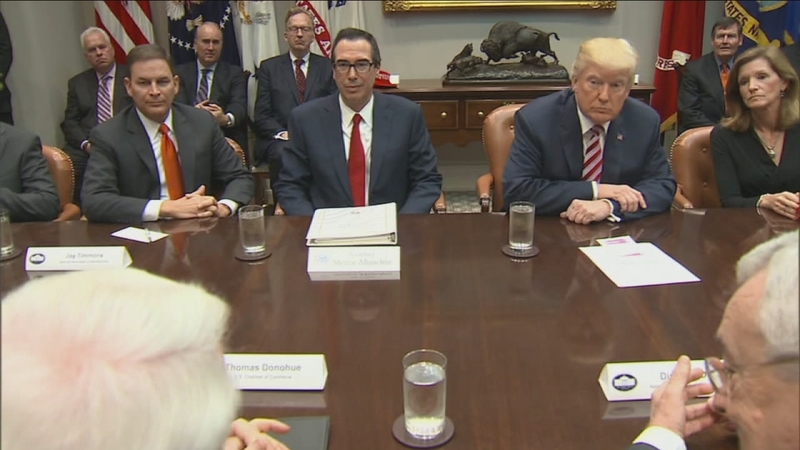 LOS ANGELES (KABC) -- President Donald Trump and Senate Republicans are teaming up to win over holdout GOP senators to pass a tax package by the end of the year.

Two Republican senators have announced that they oppose the tax bill in its current form. That leaves Republicans, who have 52 members in the Senate, with no room for error to pass a bill, with Vice President Mike Pence potentially breaking a tie.

At the White House, President Donald Trump maintained that the bill would help all Americans.

"I think it's going to benefit everybody," the president said. "It's going to mostly benefit people looking for jobs more than anything else, because we're giving great incentives."

The Tax Cut Bill is coming along very well, great support. With just a few changes, some mathematical, the middle class and job producers can get even more in actual dollars and savings and the pass through provision becomes simpler and really works well!

But Democratic leaders in Los Angeles say the tax plans will have a devastating impact on California.

And protesters gathered in Los Angeles outside the office of Sen. Diane Feinstein to make their criticisms known.

"I think it's a shame that were going to increase the deficit by one-and-a half trillion dollars in order to give wealthy families a tax break on their inheritance," said protester Gary Boston of Palos Verdes.

Others said they wanted to protect the Affordable Care Act, which was under threat by the bill.

Local lawmakers said Californians will be hurt if the plan passes, especially in funding to respond to wildfires and earthquakes.