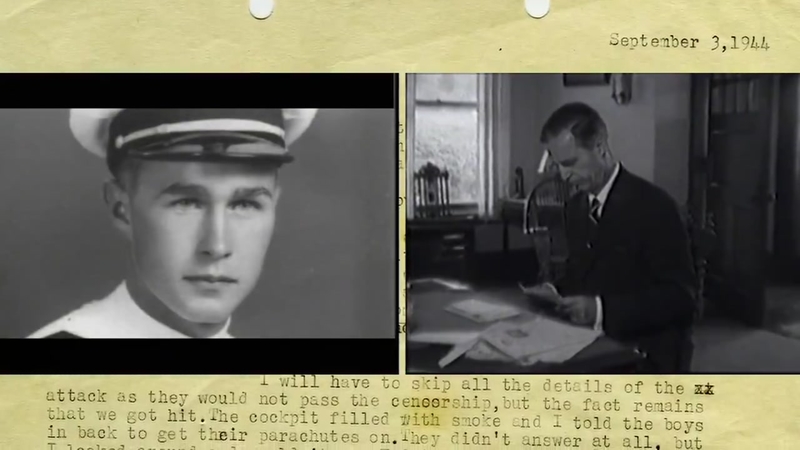 Pres. George H.W. Bush reflects on when plane shot down

The latest video published in the series following President George H.W. Bush's life will give you an insight at his time in the Navy.

Bush's son, Marvin, reads a letter from the former president in which he reflects the moment his plane was shot down off the island of Chichi Jima in 1944.

After joining the Navy at 18 years old, President Bush kept a diary for 57 years. Now a video series takes a look at excerpts from his diary and letters based on his book.

In the letter addressed to his parents, Bush recalls the event as a day that will for long stand in his memory.

He also includes what he felt upon noticing his crew members were no longer with him.

"I sat in my raft and sobbed for a while," Bush wrote.

In the new video for the series into 41's life, Barbara Bush reads off the letter George H.W. Bush wrote to his mother about Robin.