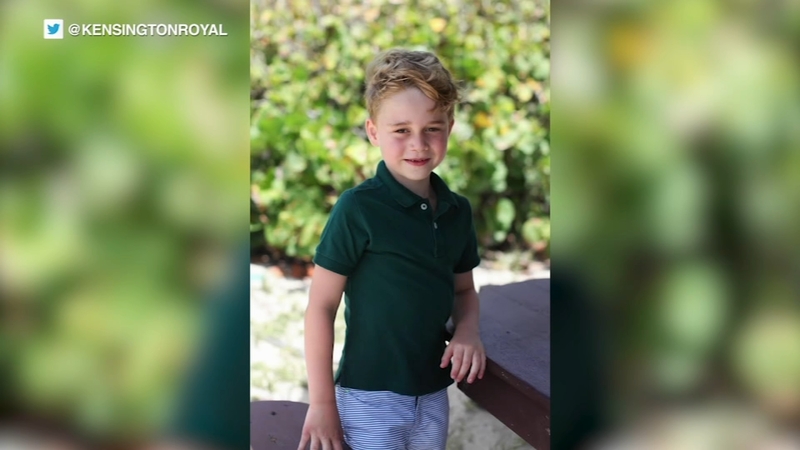 New photos released of Prince George on his 6th birthday

To celebrate, the family released a new portrait of George on a family trip as well as two new snaps taken by his mom, Duchess Kate, at Kensington Palace.

The Duke and Duchess of Cambridge are very pleased to share new photographs of Prince George to mark His Royal Highness's sixth birthday 🎈 pic.twitter.com/BIxoxdw3ap

These two photographs were taken recently in the gardens at Kensington Palace by The Duchess of Cambridge.

Thank you everyone for your lovely messages on Prince George’s Birthday! 🎂 pic.twitter.com/2LBr0wdzy1

Prince George, a great-grandchild of Queen Elizabeth II, is third in line to the throne. George's grandfather, Prince Charles, is first, followed by his dad, Prince William. His two younger siblings, 4-year-old Princess Charlotte and 1-year-old Prince Louis, are in line right behind him.

Though George isn't spotted in public as much as the grown-up royals, he was recently seen out with his siblings and his cousin, 6-month-old Archie. George served as a page boy at the wedding for Archie's parents, Prince Harry and Duchess Meghan, last year.

Duchess Meghan and Duchess Kate brought the kids along to a polo competition all together on Wednesday.

PHOTOS: Will & Kate through the years


MORE ON THE ROYAL KIDS

The British royal family tree and the line of succession