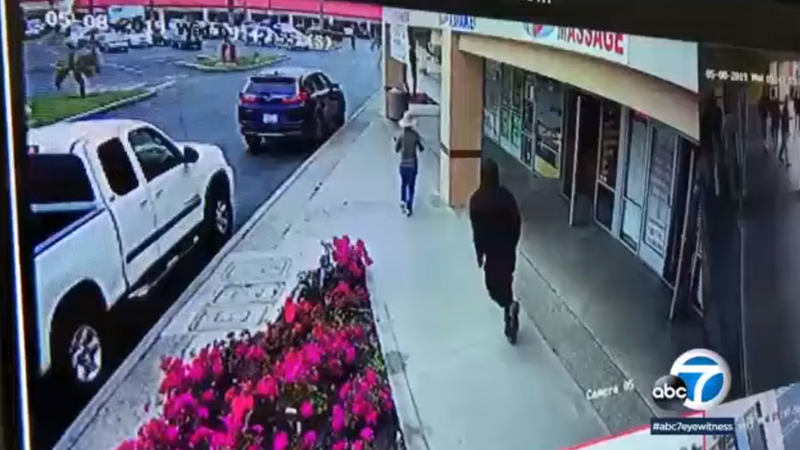 Woman dies after OC robbery crew runs her over

GARDEN GROVE, Calif. (KABC) -- Three suspects were arrested Wednesday morning after their vehicle ran over and killed a woman during a robbery attempt in Garden Grove, authorities said.

Undercover Los Angeles County sheriff's detectives were conducting surveillance on a robbery crew shortly before 9:30 a.m. in the 13900 block of Brookhurst Street when the suspects tried to steal the woman's purse in the parking lot of a shopping center, according to the Garden Grove Police Department.

During the robbery, they ran over the victim with a vehicle and then fled toward the 22 Freeway.

Officers continued surveillance on the suspects, following them on the road and with a helicopter as they headed onto the 22 Freeway and back to Los Angeles County.

The suspects abandoned the vehicle in the area of Century Boulevard and the 110 Freeway and they were arrested a short time later.

The injured 32-year-old woman was transported to a hospital in critical condition, police said. She was later declared dead at the hospital.