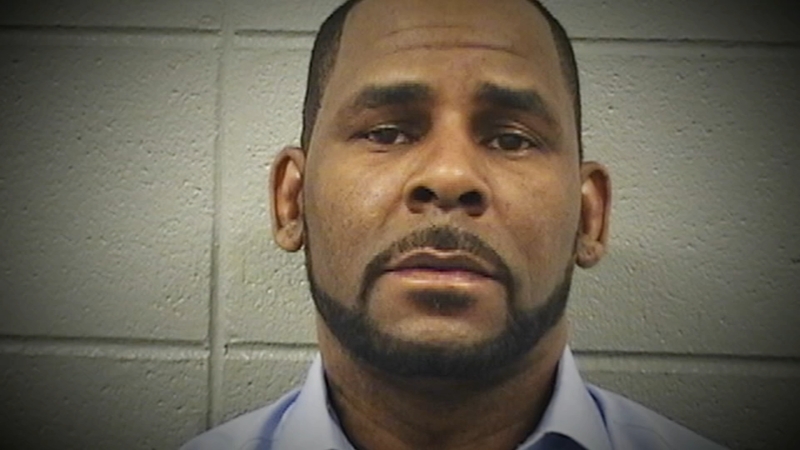 Hearing in R. Kelly case to be held Tuesday

CHICAGO -- A consolidated detention hearing for singer R. Kelly will be held on Tuesday.

Kelly was arrested Thursday night and spent the weekend in custody after being charged with federal sex crimes and racketeering in two separate indictments filed in Chicago and Brooklyn, New York. Tuesday's hearing will also address the matter of extradition to New York.

A hearing originally scheduled for Monday was canceled.

"Mr. Kelly, through multiple means, had paid the young victim and her family over $2 million not to testify and come forward in connection with the 2008 trial," Avenatti said.

All of their information, as well as two videotapes, obtained by the Los Angeles-based lawyer, have been turned over into federal investigators.

The five alleged victims were all underage when prosecutors said they had sex with Kelly in the late 1990s. Prosecutors also charged Kelly and two associates, including manager Derrel McDavid, with a decades-long conspiracy to silence victims and witnesses.

"I would be very surprised if Mr. Kelly ever sees the light of day outside of federal custody in life," Avenatti said.

"All of these charges are decades old, and all of a sudden people are coming forward," said Steve Greenberg, Kelly's attorney.

In one case, prosecutors said an alleged victim was paid $350,000 to return videotapes showing Kelly having sex with her and another minor, and then allegedly forced to take a polygraph to ensure all videos had been returned.

While he's helping federal investigators in the Kelly case, Avenatti has his own legal problems with the feds. The lawyer faces fraud and embezzlement charges in California and New York.

"It doesn't matter what happens to me in my own personal legal issues relating to this case, it will have absolutely no impact whatsoever, I stand by the work I've done in this case," he said.

In the second indictment out of Brooklyn, New York, Kelly is charged with racketeering, including acts of coercing and transporting minor girls to engage in sex, spanning two decades in New York, Connecticut, Illinois and California. Prosecutors said he was at the center of an "enterprise" to recruit women and underage girls.

Kelly was charged under a human trafficking statute. Prosecutors allege five other women and girls were flown around the country for sex and forced to obey rules including calling Kelly "daddy," being forced to wear baggy clothes when not with the singer, and directed not to look at other men. Some of them were allegedly drugged and beaten, and given a venereal disease by Kelly.

One woman said she felt forced to have sex "after noticing a gun in the room...that Kelly had placed nearby."

Between the two indictments, there are a total of 10 alleged victims. If Kelly is convicted, it could mean decades behind bars.

Greenberg said his position is that Kelly should at least get bail on the Illinois charges, if not for both cases.

Kelly was acquitted at trial in 2008 on pornography charges. His attorney denied wrongdoing again Friday.

Kelly was out walking his dog Thursday when he was arrested by Homeland Security agents and New York Police Department detectives in Chicago.

Kelly is already facing sexual abuse charges brought by Illinois prosecutors. The 52-year-old was taken into custody back in February, accused of sexually abusing three girls and a woman in Illinois.

Last May, Cook County prosecutors added 11 more sex-related counts. Kelly has maintained his innocence and pleaded not guilty to the Illinois charges.