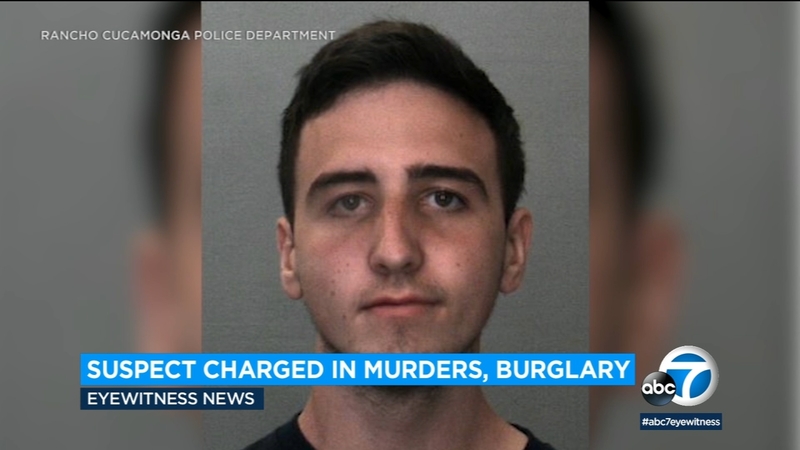 RANCHO CUCAMONGA, Calif. (KABC) -- A 19-year-old man has been charged in the stabbing deaths of a Rancho Cucamonga woman and her 8-year-old daughter, as authorities release disturbing new details about the crime.

Jacob Alan Wright of Rancho Cucamonga is accused of killing 44-year-old Jia Jia and 8-year-old Ruby Meng at their home last month. A third woman at the home was seriously injured and hospitalized.

Investigators say there is no known relationship between Wright and his alleged victims. As for motive, they say the murders happened during the commission of a burglary.

Although the victims were Asian-American, authorities say racial hate does not appear to be a motive.

San Bernardino County District Attorney Jason Anderson said one of the considerations in filing the charges was the "sophistication and the depravity of the crime" and the vulnerability of the victims.

"One of the victims was particularly vulnerable, an 8-year-old little girl, sleeping in the safety and sanctity of her mother's bed," Anderson said.

"Can you imagine a safer place for an 8-year-old to be cuddled up next to her mother? Only to be woken up by her mother's screams and to be stabbed by an intruder."

The DA's office is seeking that Wright be held without bail.

In discussions with the victim's husband, "it was his desire that the defendant never get out of prison," Anderson said.