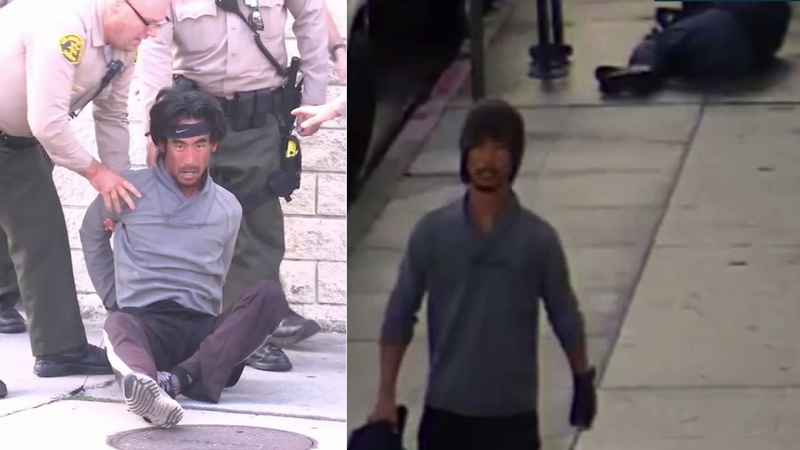 LOS ANGELES (KABC) -- A man wanted by LAPD in a random attack on an elderly man in Hollywood has been identified - and it turns out he had been arrested by sheriff's deputies for a similar incident the same day.

The suspect was identified as Dale Shoner, 43.

He allegedly was the suspect seen on video attacking a random elderly man on a Hollywood sidewalk, using his backpack to hit him on the head and knock him to the ground.

.@LAPDWilshire Area detectives are seeking the public’s assistance in identifying a suspect involved in an “Assault with a Deadly Weapon” incident. Anyone with information about this case is asked to detectives at 213 922-8231. #LAPD pic.twitter.com/Clz6Az26IC

Just about two hours after that assault, Los Angeles County sheriff's deputies based in West Hollywood arrested Shoner for a different alleged assault at Santa Monica Boulevard and Spalding Avenue.

The two agencies did not make the connection until after the Los Angeles Police Department put out a public release and surveillance video on the Hollywood incident on Wednesday.