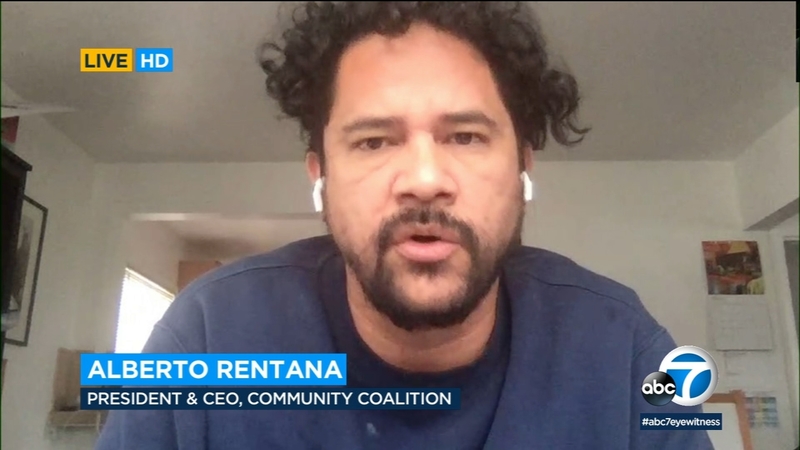 As we have seen over the last week, tens of thousands of people are coming together to fight for change. This unity can help turn anger into action.

Could you tell us more about your organization based in South Los Angeles and what you've been working to achieve?
"Community Coalition is an organization founded by Congresswoman Karen Bass 30 years ago in response to the crack epidemic. And for 30 years we've been organizing every day, residents from South Los Angeles, African-American, Latino, folks in our community that have been living in a neighborhood that's been chronically dis-invested in for many years," said Rentana. "We've been fighting to get resources, but also unifying our community to enact justice and change."

Have you seen anything as powerful as what's happening in terms of outreach?
"Not in my lifetime. Black Lives Matter Los Angeles, Black Lives Matter across the country, has really captured the imagination and engaged tens of thousands of people," said Rentana. "What we're seeing is not just black folks standing up in defense of black lives, what we're finding ourselves is a multi-racial dimension defending black lives and that is a beautiful moment."

A Los Angeles city department has been created to support community engagement, bring action against those violating civil and human rights and help support the city's office of racial equity.