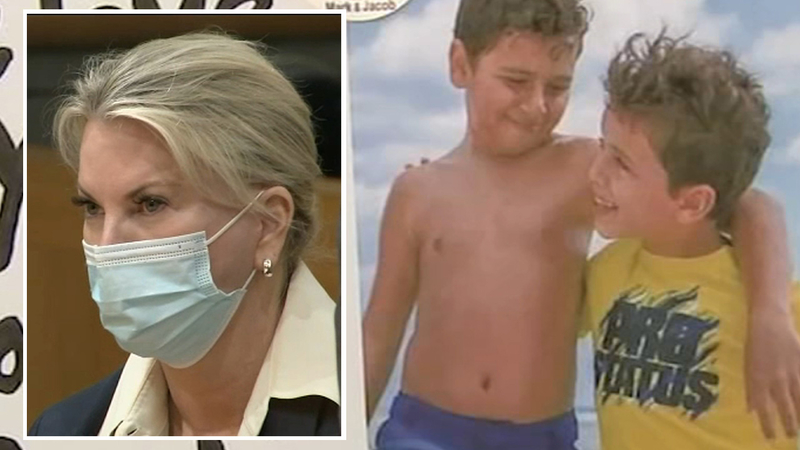 VAN NUYS, LOS ANGELES (KABC) -- Rebecca Grossman said nothing as she left a Van Nuys courtroom after a brief conference hearing on Wednesday.

Eyewitness News was the only TV station inside the courtroom as Grossman's lawyers worked on future court dates, which includes her preliminary hearing scheduled for next month.

She's accused of hitting and killing brothers 11-year-old Mark and 8-year-old Jacob Iskander while the two were out for a walk with their family in their Westlake Village neighborhood in September 2020.

Grossman was allegedly street racing with former major league pitcher Scott Erickson when she struck both boys in her Mercedes. The boys were crossing the street in a crosswalk at the time.

Grossman pleaded not guilty to two counts of murder and other charges, including felony hit-and-run. She remains free on a $2 million bail.

Outside the courtroom, supporters of the Iskander family gathered, frustrated by the delays in the case.

After delays , a #prelinary hearing is scheduled in the case where socialite #RebeccaGrossman is accused of racing a former #MLB pitcher before hitting two brothers in a #WestlakeVillage crosswalk. More @ABC7 at 4 and 5. pic.twitter.com/xdl9QqDLRV

One delay came about when Grossman's original lawyer fell ill. She has since hired a new legal team. During the hearing, Superior Court Judge Shellie Samuels said the delays were "just out of everybody's hands."

The hearing lasted only a few minutes. Nancy Iskander, the mother of the two boys, was sitting in the courtroom watching and listening to what happened.

"We are full of hope in ... just God we serve and the justice system," she said when she briefly spoke with the press.

"How was it sitting in there and then learning you have a preliminary hearing to get things moving?" asked ABC7 reporter Sid Garcia.

"Very thankful. Thankful to the judge," she said.

"We expect that the evidence in court will show there is insufficient justification for murder charges in this case. In fact, the court record will show Mrs. Grossman did not intend to hurt anyone, she did not flee from the accident, and she fully cooperated with the police."

The preliminary hearing has been scheduled for April 25.