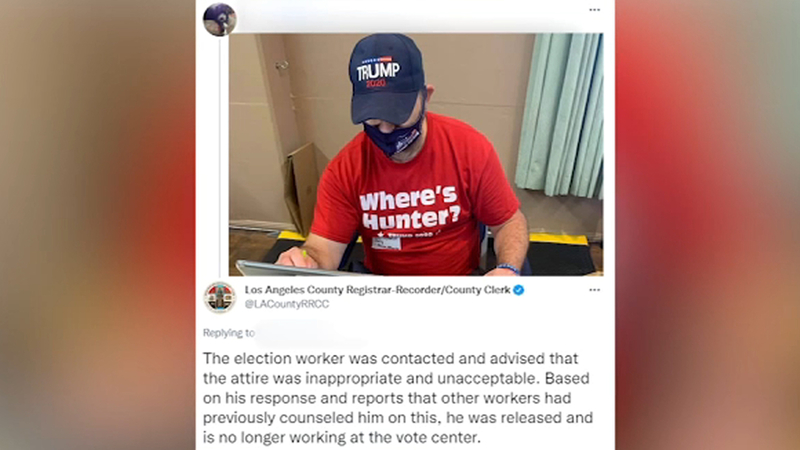 A photo posted to Twitter showed the man wearing a "Trump 2020" hat and a T-shirt that proclaimed "Where's Hunter / Trump 2020" while he worked at a West Hollywood voting center.

The Los Angeles County Registrar-Recorder/County Clerk said the man was contacted and informed that "the attire was inappropriate and unacceptable."

The office said it appeared he had already been given that information but continued to wear the clothing.

"He was released and is no longer working at the vote center," the registrar's office said.

Wearing of political messages of any affiliation by county workers is a form of "electioneering" that is not allowed at polling places.

The person who posted the photo said it was taken Monday night in an early voting center in West Hollywood's Plummer Park.

This was my poll worker yesterday in West Hollywood pic.twitter.com/KhiTQGg0OY

The election worker was contacted and advised that the attire was inappropriate and unacceptable. Based on his response and reports that other workers had previously counseled him on this, he was released and is no longer working at the vote center.