Reseda mother pleads not guilty to killing her three children 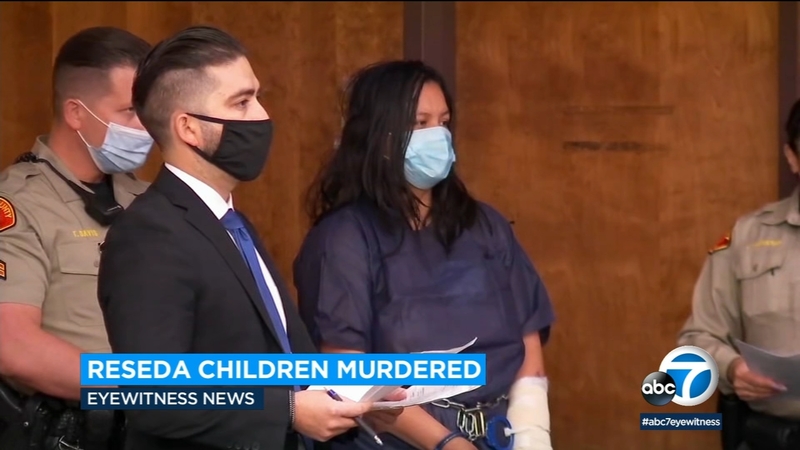 Reseda mother pleads not guilty to killing her three children

LOS ANGELES (KABC) -- A Reseda woman has pleaded not guilty to murdering her three young children.

The children were found dead in their apartment last year.

The mother, Liliana Carrillo, claims she was protecting them from their father.

The children were found dead in their home in April 2021.

Carrillo later gave a television interview in which she admitted to drowning her children.

As a stunned community mourns the loss of three children who were found stabbed to death at a Reseda apartment over the weekend, new details are emerging about the relationship between the kids' parents.

Their father has filed a lawsuit against the city and county of Los Angeles, claiming his own pleas to intervene and protect the children were ignored.

Carrillo is being held on $6 million bail. Her next court appearance is set for Aug. 29.