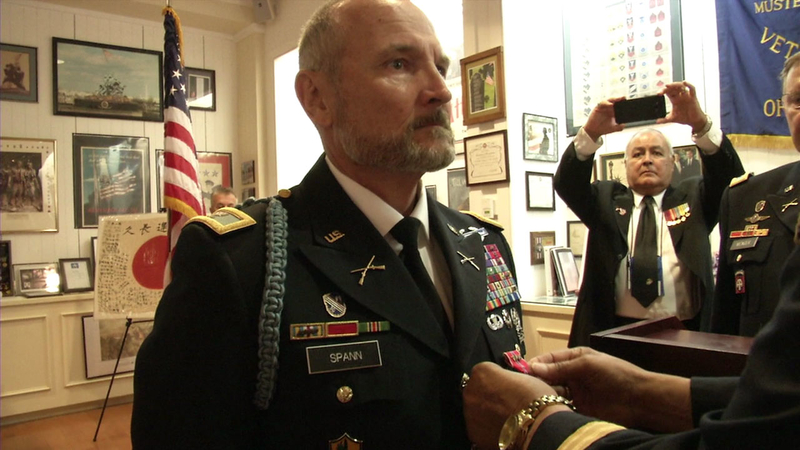 LOS ANGELES (KABC) -- Retired Col. Martin Spann has dedicated most of his life to public service.

He served in the Army National Guard, the Army Reserve and the Los Angeles Police Department.

Friday, he was honored for the courage he displayed during combat in Iraq 12 years ago during an attack on an Iraqi ally.

"He was an advisor to Iraqi commandos attacked by three vehicles of insurgents. I was able to drag commando to cover put on his leg and then... I made my way to insurgent position when I was about 30 feet I stood up and ended up shooting," Spann recounted.

Among comrades, friends and family, Spann was awarded the Bronze Star -- a recognition long overdue.

"He's a terrific soldier with whom I've served three combat tours. He and I smoked many cigars and commiserated in storms in 150-degree heat," Wenger said. "Marty has been a great friend in peace and combat."

Spann said his family made the biggest sacrifice. Friends teared up as he publically thanked his wife and children.

"You can't do your job without knowing your family is behind you," said his wife, Alexa.

The father of two said it's all worth it.