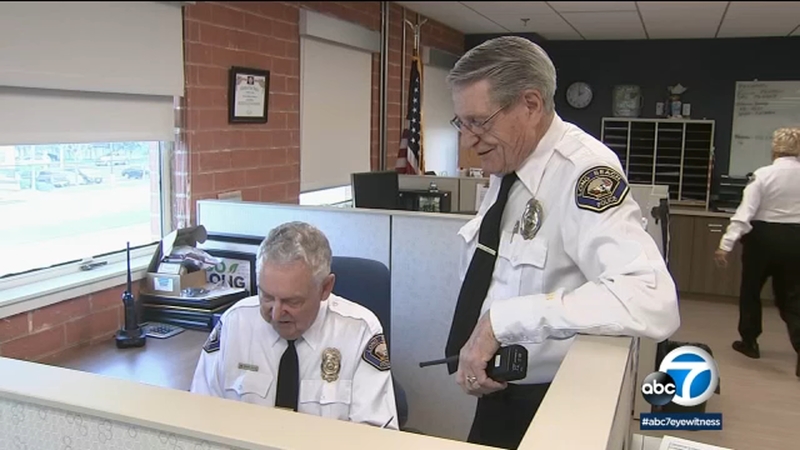 The men and women patrol the streets like regular officers as part of the Senior Police Partners Volunteer program and have become an integral part of the police department.

"I would not be sitting around discussing things with people, but actually going out in the city that I love to see what's going on," said John Ingram, 73, U.S. Navy veteran and volunteer.

The average age of the volunteers is 73. Seven of the 25 volunteers are military veterans. They don't carry guns but what they do have is compassion and understanding of what it's like being a senior citizen living in Long Beach.

"We've run into circumstances where they've got no one to turn to - no advocate. We can be an advocate and help (lead) them to resources within Long Beach," said 83-year-old Harry Ivey, retired U.S. Navy and Korean War veteran.

They help out the sworn officers at accident and crime scenes by directing traffic, providing crowd control and sometimes consoling victims.

"To be able to help people in uniform representing the police department has been rewarding. We can spend time as retirees - officers have calls that we don't," said Michael E. Karlson, U.S. Air Force veteran.

They served the United States proudly and today, they're doing the same at home.

"I'm trying to work as long as I can before I have to give it up," said 87-year-old Edmund Guerry, volunteer, U.S. Navy and Korean War veteran.