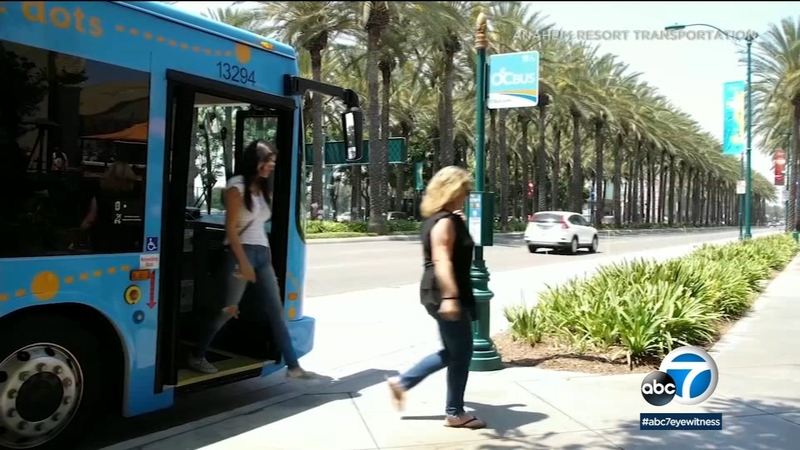 "It's a visitation app. It's not just a transit app. It's an app for the tourism industry as a whole," Kotler said.

Disneyland guests lined up for hours to visit Star Wars: Galaxy's Edge. Here is their take on the new land at Disneyland.

With the opening of Star Wars: Galaxy's Edge AT-AT and BB-8 may be taking over the streets of Anaheim and bringing in more visitors.

Kotler said the RideART app was here to help make public and private transits around the city smoother and there was more on the way.

"Addition of companies such as Enterprise, Rent-A-Car, ability to buy Disneyland Resort tickets and some other functions," Kotler said.

The app stores all your tickets in one wallet.

The Rodriguez family was visiting from Tucson, Arizona, and though their daughter, Evalina, said she had no problem keeping track of her tickets, "because I have a lanyard, a long lanyard," parents, Veronica and Francisco, liked the idea of their phone keeping track of their tickets.
Everything you need to know about Star Wars: Galaxy's Edge

"I'm like we're going to lose them," Veronica Rodriguez said.

"Our kids don't lose them and when we get on, if it's just something where like they could just scan it and see how many multiple people are getting on at once," Francisco Rodriguez said.

After hearing about the RideART app, Shauna Nakamura, said it was something she could get on board with.

"I think it would just be easier probably, just to get everything right there on your phone and have everything on one device," Nakamura said.

For bus rides, riders had the option of purchasing one, three or five-day passes.