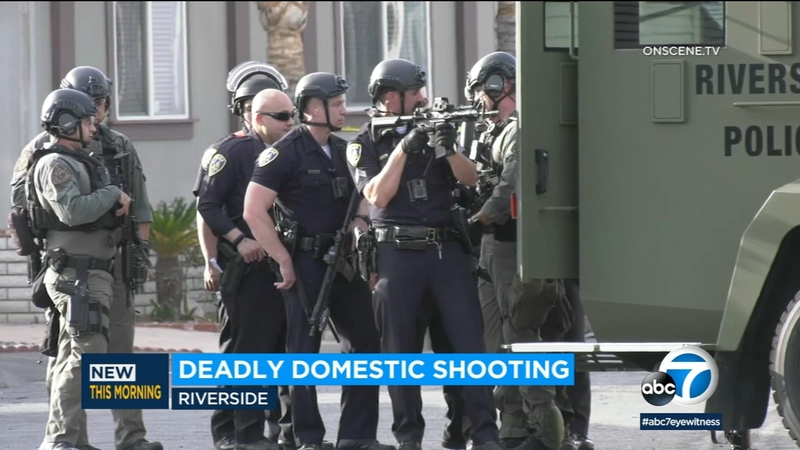 RIVERSIDE, Calif. (KABC) -- Two people were dead following a shooting in Riverside that ended with a lengthy standoff with police.

The incident began about 4:10 p.m. Saturday at the King Arthur Estates Mobile Home Park in the 100 block of Sir Bedivere Drive, according to Riverside police Officer Ryan Railsback.

A woman was shot inside a home at the mobile park. She was taken to a local hospital where she later died.

Three children were safely removed from the home, but the suspect barricaded himself inside.

After an hours-long standoff, SWAT officers entered the home and found the man dead.

Investigators are working to determine what led up to the deadly shooting.