KABC
By Rob McMillan
RIVERSIDE, Calif. (KABC) -- A suspect was arrested Monday in connection to the brutal stabbing of a 69-year-old man at the downtown Riverside Metrolink station, police said.

The victim was dropped off by a friend around 8 a.m. Sunday and was stabbed while walking onto the platform. The victim was listed in critical but stable condition.

The suspect was identified as Raymond Demetreius Bonner, 36. He was found at a home in 12100 block of Graham Street in Moreno Valley around 4 a.m. Monday, authorities said.

Bonner was booked on suspicion of attempted murder and bail was set at $1 million.

A 69-year-old man was stabbed in the neck by another man while waiting on the platform at the Riverside Metrolink station.

Riverside police said they brought out a K-9 unit to pick up a scent off items the suspect left behind. But the search didn't result in finding the suspect. What did help, authorities said, were tips from the public after surveillance video was released.

Authorities said there were several witnesses to the attack and before it happened. 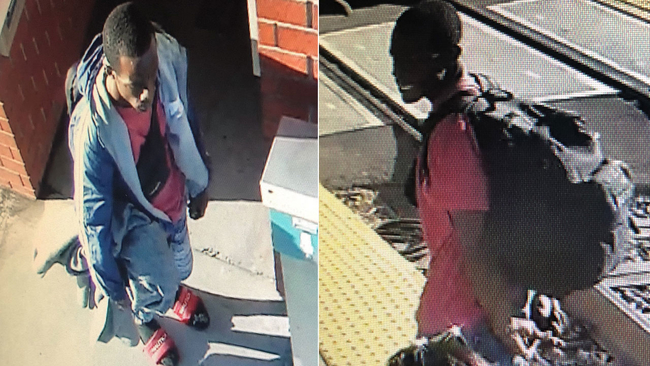