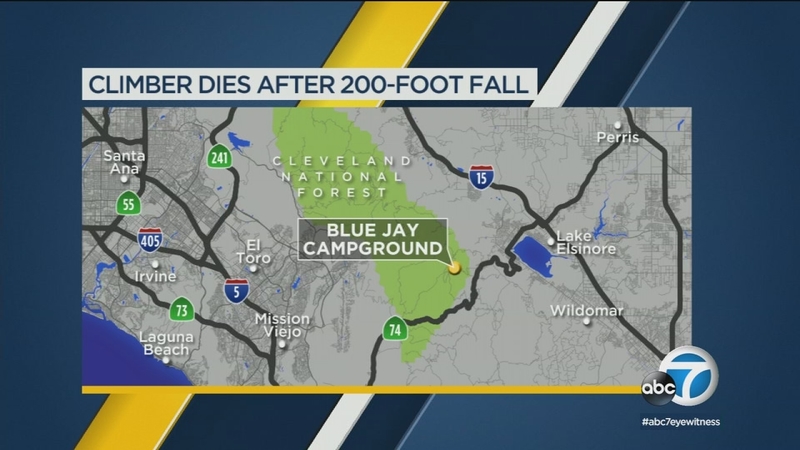 Joy Welling, 33, was identified as the victim in the fall.

The Orange County Fire Authority was called to the scene around 12:30 p.m. Saturday near the Blue Jay campground.

OCFA Helicopter hoisting their Paramedic rescuers with their rescue gear after recovering the rock climber who had fallen from the waterfall yesterday. pic.twitter.com/o6KVA0LOrF

According to authorities, Welling and another hiker were getting ready to rappel down a waterfall when she fell. Welling's companion called for help, and her body was recovered a few hours later by a helicopter rescue crew.