Rose Parade 2019: Trampoline to be featured on float for 1st time in parade history 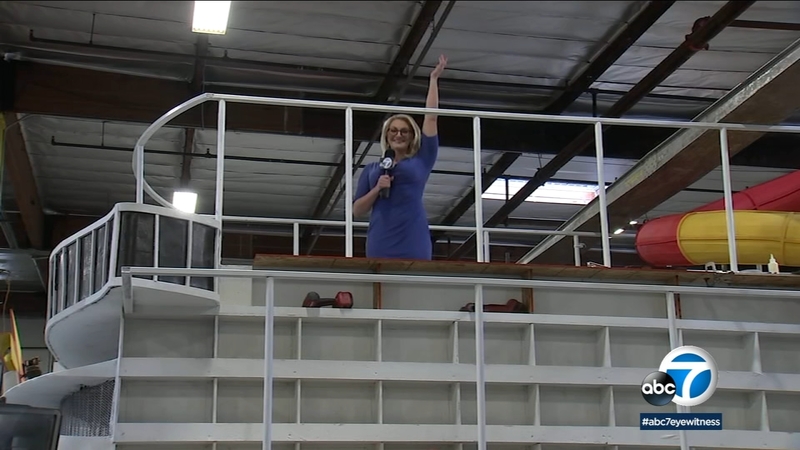 IRWINDALE, Calif. (KABC) -- The 2019 Tournament of Roses Parade will showcase some new features, including a trampoline on a float for the first time ever!

The trampoline is just one of many fun features that will grace the floats. With less than a week to go until the 130th annual Rose Parade, volunteers have descended on Decorators' Village at Fiesta Parade Floats in Irwindale to turn the floats into works of art.

Emily is working on the Easterseals' 100th anniversary float, which is shaped like a three-tiered cake.

This year's theme is "The Melody of Life." Float sponsors started working on how to incorporate the message into each float months in advance.

"They've all done it in different ways - some more than others, but one thing is that they're all really fun floats, and that's what we're trying to do here," said Will Ostedt with Fiesta Floats.

What's more fun than a trampoline?

"We have a partnership with Sky Zone, and we are going to have the first trampoline park at sea," said Robyn Fink, director of public relations with Carnival Cruise Line.

Carnival Cruise Line is debuting a 55-foot float to celebrate the company's first new ship on the West Coast in more than 20 years.

"This is a replica of our new ship, Carnival Panorama, that's coming out December 2019. She'll be based in Long Beach," Fink said.

With just days to go, volunteers will be working here around the clock. Organizers estimate that about 10,000 "people hours" go into each and every float.

It won't be long before they start planning on 2020.

"Some of these floats, the designs were started at the end of January, so not too far from now we'll be looking forward to the next parade," Ostedt said.