The actor talks about the Deadpool x MCU crossover at the "Free Guy" premiere.
OTRC
By Karl Schmid 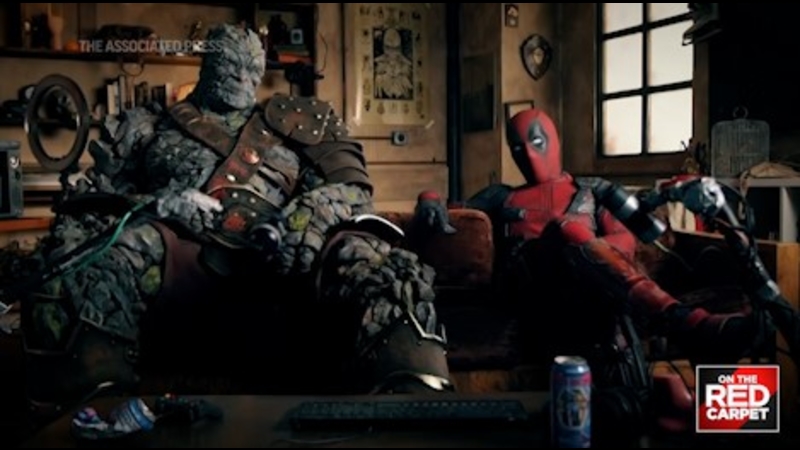 NEW YORK -- Ryan Reynolds' newest movie "Free Guy" got a little creative when it came to the marketing of the film.

In a promotional video, Reynolds' character, Deadpool, is seen talking about "Free Guy." Deadpool is sitting next to actor-director Taika Waititi, in character as Korg from "Thor: Ragnarok" and "Avengers: Endgame." Together, Deadpool and Korg are critiquing "Free Guy."

"We honestly didn't think Disney would say yes to it but they inexplicably did," Ryan Reynolds told AP on the carpet at the "Free Guy" premiere.

"Free Guy" director Shawn Levy was equally surprised by the bold marketing move which sees Deadpool crossing into the MCU.

"When Ryan called me and goes, 'I have an idea: Deadpool and Korg watch the 'Free Guy' trailer and make fun of it.' And I was like, 'They'll never let us do that,' and Disney said yes," director Shawn Levy told AP.

"We shot it and Taika was obviously kind enough to jump in and play Korg, reprise Korg, and we just thought it was a great angle to get word out about the movie," Reynolds added.

"I literally said to Ryan, well that's going to break the internet, and then it promptly did," Levy added.

"Free Guy," stars Reynolds, who plays a cheery bank teller who finds out he's a background character in a video game that's a skewed version of our reality. His pixelated world is upended, however, when a not-so-nice game exec named Antwan (Waititi) wants to bring that virtual world down.