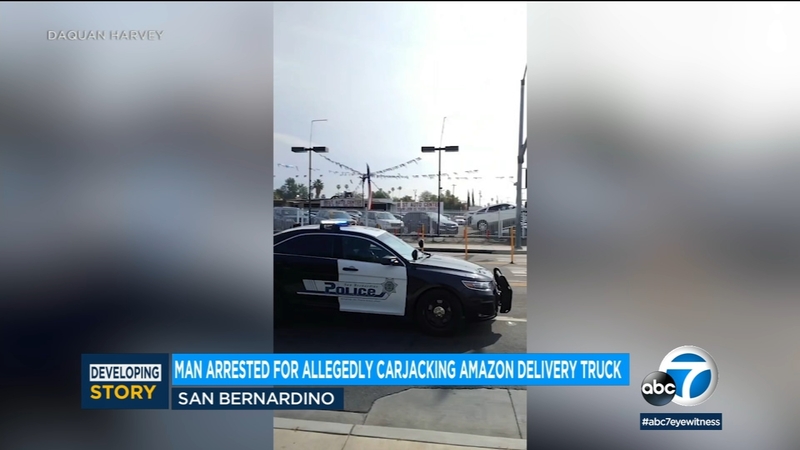 SAN BERNARDINO, Calif. (KABC) -- A man accused of carjacking an Amazon delivery truck driver at gunpoint is under arrest, after a pursuit through San Bernardino Sunday morning.

The incident happened just before 10 a.m. as an Amazon driver was making a delivery in the 1800 block of North E Street. Police say the suspect approached the driver, armed with a gun, and demanded the truck.

About seven minutes later, responding officers located the stolen Amazon truck at H Street and 13th Street, according to officials, and tried to stop it but the suspect refused to pull over.

The suspect was arrested near Perris Hill Park after he abandoned the truck and took off on foot.

Police say some packages were missing from the truck but were later found dumped in an alley.