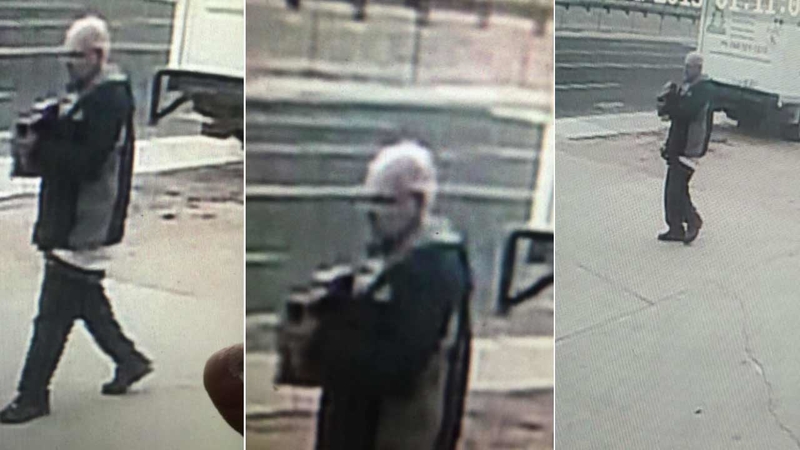 VICTORVILLE, Calif. (KABC) -- A survivor of the San Bernardino mass shooting said her Victorville home was burglarized Friday night as she attended a makeshift memorial to honor the 14 people who lost their lives in the massacre.

Surveillance video shows the man suspected of breaking into Natassa Torralbo's home in the 13200 block of Amargosa Road.

Torralbo was at the Inland Regional Center on Wednesday morning when suspected shooters Syed Rizwan Farook and Tashfeen Malik opened fire, killing 14 people and injuring 21 others.

On Friday, Torralbo and her daughter, Kayla Gaskill, drove to San Bernardino to attend a vigil in honor of the victims, and that's when the family believes the suspect struck.

"On the way back my grandmother gave me a call and said, 'I don't know how to tell you this but your mother's house has been broken into,'" Gaskill said.

The suspect allegedly stole a handgun, mailbox keys and two sentimental pieces of jewelry Torralbo had received from her mother and late friend who died of breast cancer.

Anyone with information on the suspect was urged to contact the Victorville Sheriff's Department at (760) 956-5001.