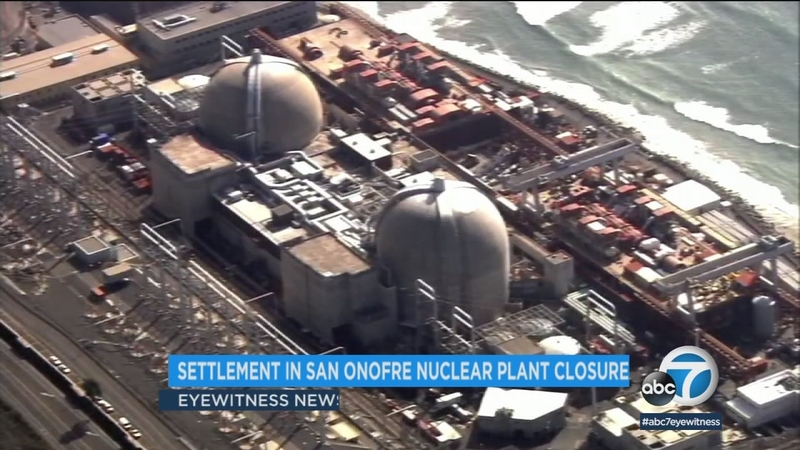 SAN ONOFRE, Calif. (KABC) -- The utilities that oversaw the now closed San Onofre nuclear plant has reached a settlement with consumers who felt they were footing too much of the bill for the closure.

The settlement means a savings of about $68 per residential customer in the next four years.

The twin-domed seaside plant was forced to close in 2012 after a small radiation leak led to the discovery of extensive damage to hundreds of tubes inside virtually new steam generators.

The closure was supposed to be temporary, but the plant shut down for good in 2013 after a fight with environmentalists over whether it was safe to restart.

The settlement revises an agreement approved in 2014 by state regulators on the closure of San Onofre that said customers would pay $3.3 billion of the $4.7 billion in estimated costs from the closure.