Two cousins, teammates on Century High School's baseball team, were sitting in a car when they were shot, police said.
KABC
By Jessica De Nova 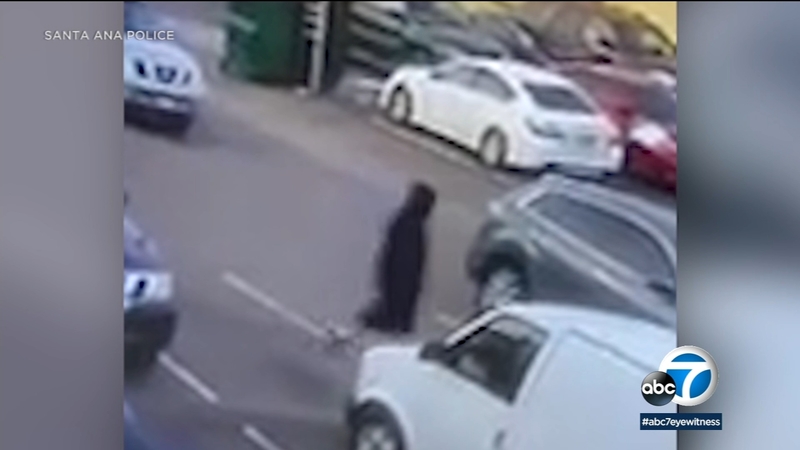 The two victims were sitting in a car shortly before 7:30 p.m. in the 1400 block of South Minnie Street in Santa Ana when the suspect approached them on foot and opened fire, according to police.

"Whether or not he (suspect) had a vehicle nearby, we're still trying to figure that out," said Santa Ana Police Sgt. Maria Lopez

A third person was in the car at the time of the shooting, according to detectives. That person is not related to the cousins.

Police say they're investigating what the teens were doing at that location, an area with a history of gang violence and drug trafficking, after a baseball game.

Officers arrived at the scene in an alley and found a man unresponsive, suffering from multiple gunshot wounds to his upper torso, the Santa Ana Police Department said in a statement. Another man was found with an upper-body gunshot wound.

Orange County firefighter-paramedics transported both victims to a hospital. It was not immediately known if the third person in the car was hit by gunfire.

Roberto Izelo, 18, was pronounced dead at the medical center, police said, citing the Orange County coroner's office. His 19-year-old cousin, whose name was not released, was listed in stable condition.

Authorities initially identified Izelo and his cousin as 19 and 18 years old, respectively.

"The circumstances or motive surrounding the shooting are currently being investigated," the Police Department said, adding that detectives were investigating the possibility that the shooting was gang-related.

A detailed description of the suspect was not available, but a brief video clip was released that investigators said showed the person being sought. The footage showed a person in dark-colored clothing, including a hooded sweater or jacket, walking in a parking lot.

"The SAUSD community is deeply saddened by the death of a student at Century High School," the Santa Ana Unified School District said in a statement, adding that the deceased student was a senior.

"We offer our most sincere condolences to the student's family," the statement said. "Crisis counselors have also been sent to support any students and staff at the school dealing with this loss.

"Our thoughts are with the Century High School community, and we ask that you kindly respect the privacy of the family and school."

A GoFundMe account has been set up to help Izelo's family with funeral expenses. If you want to donate, visit www.gofundme.com/f/robert-izelos-funeral-expenses.

Anyone with information about the case is asked to call Santa Ana police homicide detectives at (714) 245-8390, or Orange County Crime Stoppers at (855) TIP-OCCS. The case is eligible for the Gang Reward Program, police said.