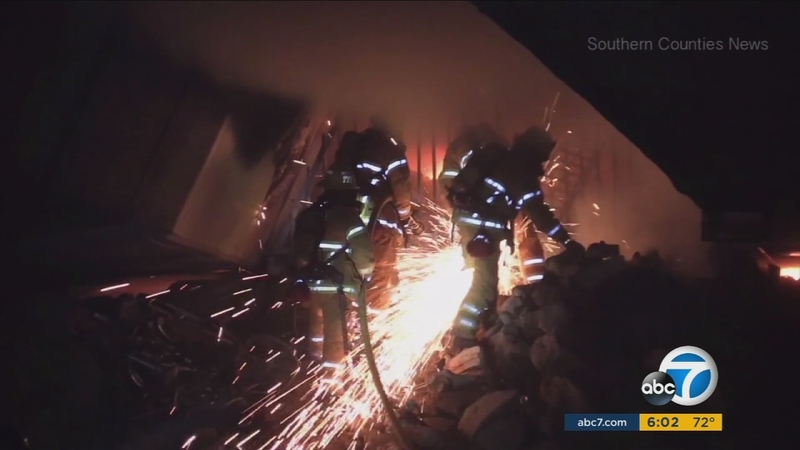 Body discovered in fire at homeless encampment in OC

SANTA ANA, Calif. (KABC) -- A person's body was located in a fire at a homeless encampment in Santa Ana on Sunday, police said.

Orange County Fire Authority firefighters responded to reports of smoke near the Discovery Cube Orange County in the 2500 block of N. Main Street at about 5:45 a.m.

Upon arrival, crews located a fire at a homeless encampment under the nearby Broadway bridge. News video showed firefighters used an electrical saw to cut through metal bars that separated from the flames. They extinguishing the blaze by 6:30 a.m., according to OCFA Public Information Officer Alan Wilkes.

"Originally it was too hot to go in and investigate," said Cpl. Anthony Bertagna of the Santa Ana Police Department.

Investigators confirmed one body, believed to be a deceased man, was located after the fire was knocked down.

Authorities said it was unclear how many people were living in the large encampment, which was apparently furnished like a home, with couches and a makeshift kitchen.

Arson and homicide detectives were requested to investigate the scene as the cause of the fire remained under investigation, police said.