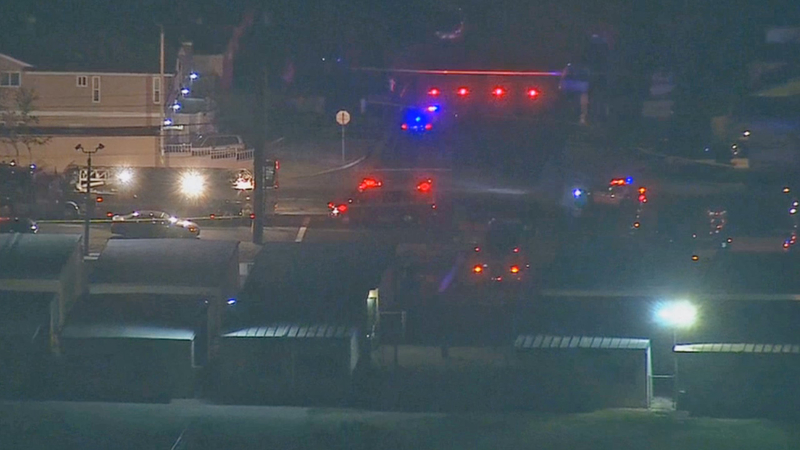 A 2001 Honda CRV driving eastbound in the 1400 block of East Fairhaven Avenue at a high speed at about 6:45 p.m. struck the girls while they were walking in the crosswalk near an elementary school.

The vehicle was later located north of the crash at a nearby parking lot. Authorities said they were searching for two male suspects.

"We do have a witness that followed the vehicle for a short period of time and eventually led us to where the vehicle is parked now," Santa Ana Police Chief Carlos Rojas said.

"This is the worst thing I've ever seen in my life," witness Addie Ayala said.