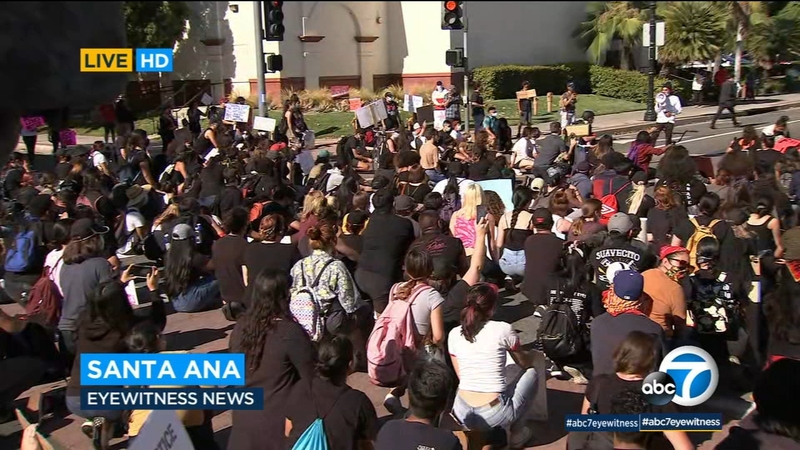 SANTA ANA, Calif. (KABC) -- Our team coverage of the protests across the Southland takes us to Santa Ana where people marched through the downtown area on Monday.

The protest started near the Santa Ana courthouse and made its way to Fourth and French Street. Then, the protesters stopped in the middle of the intersection to listen to a couple of speakers.

Sergio says he's noticed the protests are getting bigger as we head into the second week of Black Lives Matter protests.