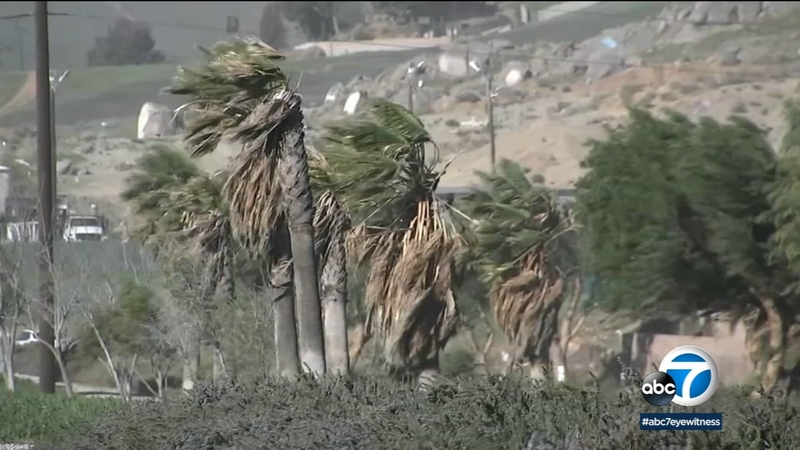 Strong winds knock down trees in some SoCal neighborhoods

RIVERSIDE, Calif. (KABC) -- Strong winds swept through parts of Southern California Wednesday, which made travel difficult on some highways and caused trees to topple.

In Riverside, a giant pine tree snapped at the trunk and came crashing down into one of the dorms at the campus of Cal Baptist University. One student said the shaking was so bad she thought it was an earthquake. No injuries were reported.

Just down the street from that incident, two other trees came crashing down amid high winds.

A eucalyptus tree came down into some power lines and a palm tree at Chemawa Middle School snapped, causing pipes to rupture and sending water onto the street.

Truckers on the 60 Freeway in Ontario were also vigilant of the strong winds. Some with empty trailers played it safe by stopping along the road and letting winds calm down.

A high wind warning for Los Angeles County mountains is in effect through noon Thursday.

The Santa Ana wind event is expected to stay through the weekend, according to the NWS.

The powerful winds were being caused by high pressure over the interior of the West creating flow toward the coast and offshore.